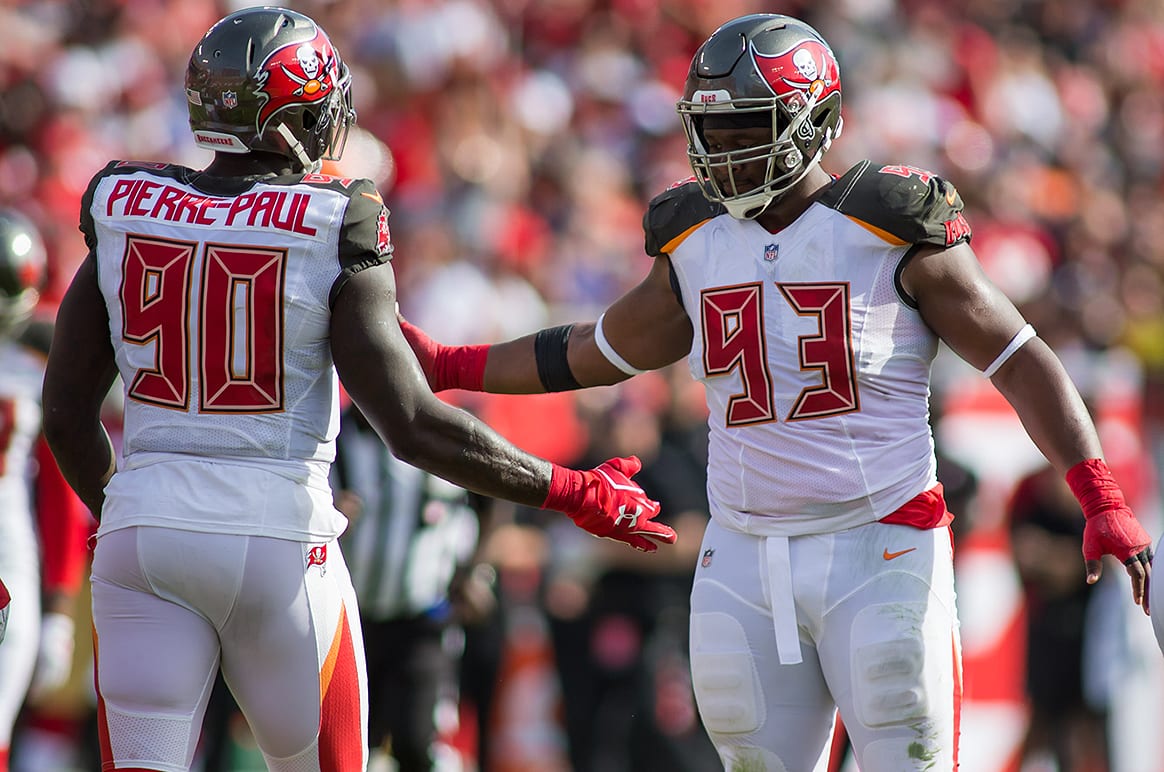 McCoy was released by the Buccaneers on Monday after they couldn’t find a suitable trade partner for the nine-year veteran. One day later the Browns are reportedly having internal discussions about signing the six-time Pro Bowler, according to ESPN’s Jeremey Fowler.

Fowler added that while those conversations about McCoy have been positive the driving motivation or deterrent revolves around his asking price.

My understanding on Gerald McCoy and Browns, per source: Internal discussions about him have been positive and the team will be a player, price will be a driving force.

The Browns have been linked to McCoy for several weeks now after it became clear the Buccaneers were going to move on from the 2010 first-round pick. It’s likely that McCoy’s contract was one of the biggest reasons Tampa Bay struggled to move him. Any team acquiring McCoy in a trade would have owed him $13 million next season and $33 million in combined base salaries over the next three seasons.

Taking on that large of a financial commitment for a defensive tackle in his 30s who posted declining numbers last season would have been unwise. For Tampa Bay, they clear themselves of that burden by releasing him as none of the money remaining on McCoy’s contract was guaranteed.

Without any signing bonus or guaranteed money carrying over from that previous contract, it’s fair to assume that McCoy is unlikely to take a discounted rate wherever he signs. He’ll seek fair compensation for whatever he sees his value is.

Money isn’t the only motivation for the Oklahoma product though, as ESPN’s Adam Schefter shared Monday, winning is also a top priority. Considering that several Browns players, including Odell Beckham Jr., started actively recruiting McCoy to Cleveland once news of his release broke on Twitter, it’s safe to say he’d be a welcomed addition if the team does sign him.

Last season McCoy played in 14 games for the Buccaneers recording 28 total tackles, 21 QB hits and six sacks and failed to make the Pro Bowl for the first time since 2011. His best year’s are certainly behind him, but in spurts McCoy is still a dominant pass rusher. Among his DT peers, McCoy’s seven seasons with at least five sacks is the longest active streak in the NFL.

With the amount of rotations coaches use along the defensive line these days, McCoy would certainly bring value in the form of added depth for a team like the Browns.