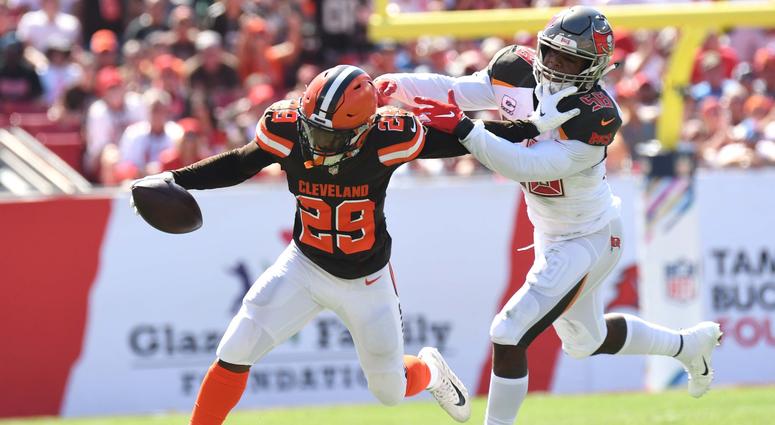 The Browns made headlines a few weeks back when they signed troubled running back Kareem Hunt to a one-year deal. It was a surprising move given Hunt’s involvement in a physical altercation with a woman last February at a Cleveland hotel.

Beyond that, the Browns already have a solid backfield one-two punch in Nick Chubb and Duke Johnson so the position wasn’t exactly a need.

With a crowded running back depth chart, other teams taken notice of the Browns embarrassment of riches at the position. According to Mary Kay Cabot of Cleveland.com at least three teams are believed to be interested in trading for Johnson with more likely to surface in the coming weeks.

This comes after general manager John Dorsey used the phrase “not yet” when describing how expandable Johnson was, during his NFL Combine presser last week. Dorsey also said the team was committed to the 2015 third-round pick moving forward, but will strongly consider trading him an offer blows them away.

Slow playing any decision regarding Johnson makes perfect sense for Dorsey and the Browns considering that pretty substantial suspension awaits Hunt this offseason. While Hunt was not charged in that incident last February the league has a history of handing out its own punishment for off the field situations of this nature. Until the team knows more about how long Hunt will be ineligible, there really is no rush to trade Johnson.

Cabot goes on to explain that Johnson was privately frustrated with his role in the Browns office even after Todd Haley was fired and new head coach Freddie Kitchens took over as offensive coordinator. Last season, Johnson carried the ball 40 times for just 201 yards. He hauled in 47 catches for 429 yards and three touchdowns as well.

Catching passes is where Johnson has earned his money. Only two running backs have more receptions than Johnson does out of the backfield over the last four seasons. And not a single tailback has more receiving yards than the 25-year-old.