The Browns Rank 23rd In An All-Time Franchise List: I’ve Never Felt So Disrespected In My Life 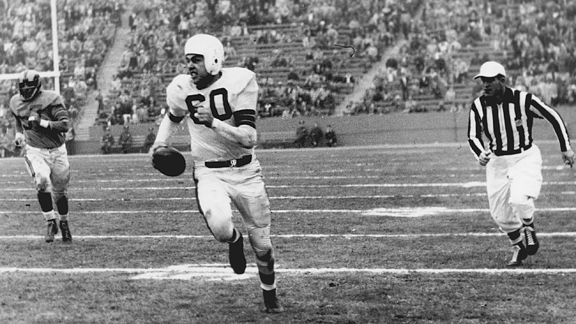 Earlier today Matt Loede posted about Mike Freeman’s list of “NFL’s Greatest Franchise Rankings.” Here’s a link to the list if you wish to check it out.

I’m sorry, is this a list of greatest NFL franchises or a list of best NFL teams in recent memory? Like are we really going to sit here and act like the Cleveland Browns aren’t one of the ten greatest franchises in football history? This is 100% based on the selling of the team to Baltimore and the dumpster fire that has been burning up by Lake Erie ever since.

Before the Browns moved to Baltimore how many franchises had more respect than the one in Cleveland? Yes, it’s 2016 and yes, the Browns have been absolute garbage since they were welcomed back into the league prior to the 1999 season. But all the success pre-1995 puts them at TWENTY-THREE!? I mean c’mon, the Panthers, Cardinals and Saints are the next three teams ahead of the Browns on that list. Recency bias much?

I can already hear the “the Browns never win and that’s how we judge this type of thing” coming and yeah the Browns have never won if we’re making a list of teams 1999-present. But, ohh, that’s weird, the list is all-time franchises and there are only three teams in football have more championships than the Browns’ eight. The Browns teams from 1946-55 make the run Bill Bellicheck and Tom Brady have had look like a mediocre accomplishment.

The legendary Bill Walsh had referred to Paul Brown as the “father of modern football” for crying out loud and that guy was the father of the west coast offense. And there is still an NFL team using his name as their freaking mascot! Brown is widely regaurded as one of the best coaches of all-time and he basically ran the league for 15 years (before the merger, I know). Not to mention the best player to ever carry a football played for the Browns in the 50s and 60s. I still can’t get over how good Jim Brown actually was. Over 100 yards per game and 5 yards a pop FOR A CAREER is crazy talk. I watch his highlights at least once a year and I don’t know why because it just makes me sad that he couldn’t be playing and winning championships now.

Even in the 80s the Browns were a team that was in it every year until they lost in heartbreaking fashion. They have like a million nationally known phrases or words associated with them and those heartbreaking losses. The Drive, The Fumble, Red Right 88, and you know who doesn’t have those? Teams that stink.

I could go on and on. There is no arguing the incompetency of the Browns since they returned to the league but saying they are the 23rd best franchise of all-time is a joke. It really just stinks that the bad aroma of the Browns has trickled down so far that people have forgotten about one of the truly great and most storied franchises in the league. Hue, Cleveland needs you.