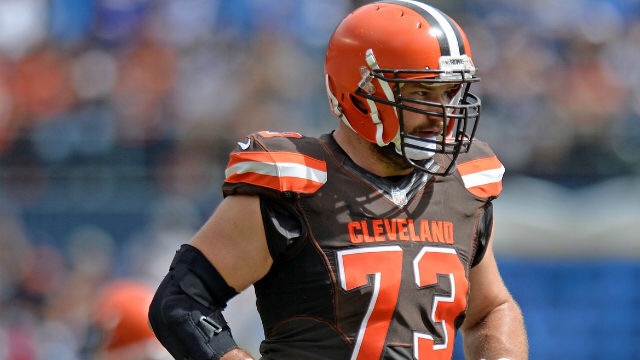 Contending teams are asking what it might take to land star left tackle Joe Thomas.

The Cleveland Browns have said that they would not deal Thomas before, but with the team winless and already on its third quarterback, injuries piling up and Josh Gordon now in rehab, sources believe the franchise tackle could be in play if the price is right.

The Seahawks, Cardinals and Panthers are ateams who could use an upgrade to their offensive lines. The Browns are years away from contending. Thomas has been incredibly loyal and respected here in Cleveland but has never experienced winning since 2007 when the team went 10-6. This might be a smart deal for the organization with the tackle at the tail end of his career.

Thomas is signed through 2018, making $8.8 million each in 2017 and 2018, and has been one of the elite left tackles in the NFL throughout his long tenure with the Browns, with the rest of the roster often mediocre at best and with a revolving door of quarterbacks behind him in the backfield.

The Browns turned down an offer from the Broncos last year that would have sent pass rusher Shane Ray and a second round pick to Cleveland. The Broncos won the Super Bowl shortly after that.

The Browns Rank 23rd In An All-Time Franchise List: I’ve Never Felt So Disrespected In My Life
Terrelle Pryor Put the NFL on Notice; How Will He Fare Against Josh Norman?