What Do the Browns Do at the Quarterback Position in 2018? 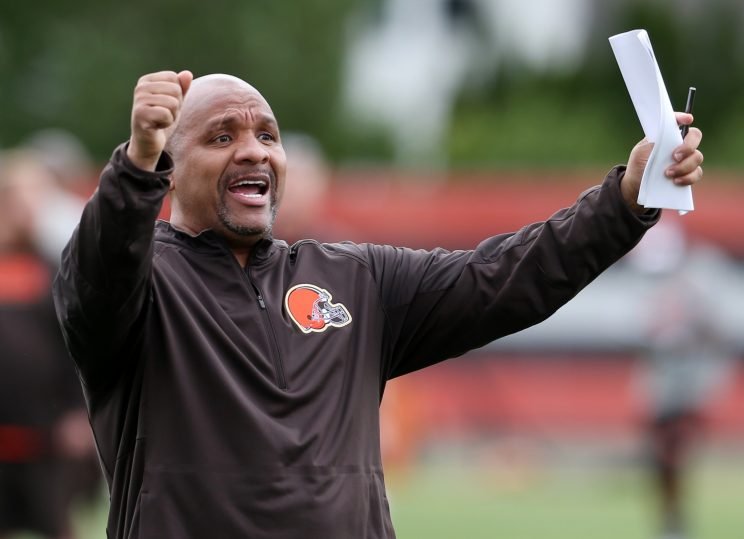 By this time last season, the Cleveland Browns knew they would be taking yet another Quarterback in draft.

They did, by drafting Deshone Kizer out of Notre Dame with the 52nd overall pick in the second round. As the season moved on. It was becoming clear that the Browns would be in the same position as last year.

Once again, here we are. The Cleveland Browns will be poised to draft a top Quarterback prospect. In today’s press conference, Head Coach Hue Jackson may have confirmed that ideology.

“I understand when you take a guy in the second round, everybody suspects that this is the guy. We wish it is. You hope it is, but if it isn’t, that’s okay. Hopefully, that guy will continue to grow and get better, but you also have to get better at the position.”

What Jackson said in that statement is correct. You MUST get better at the Quarterback position. This is something we have known about the Browns for years. What are the options at Quarterback this offseason?

Hue Jackson Delivers Harsh Words On The Future Of DeShone Kizer Wednesday
Bears DE Akiem Hicks On the Chance of Losing to the Browns: “We Won’t Let That Happen”