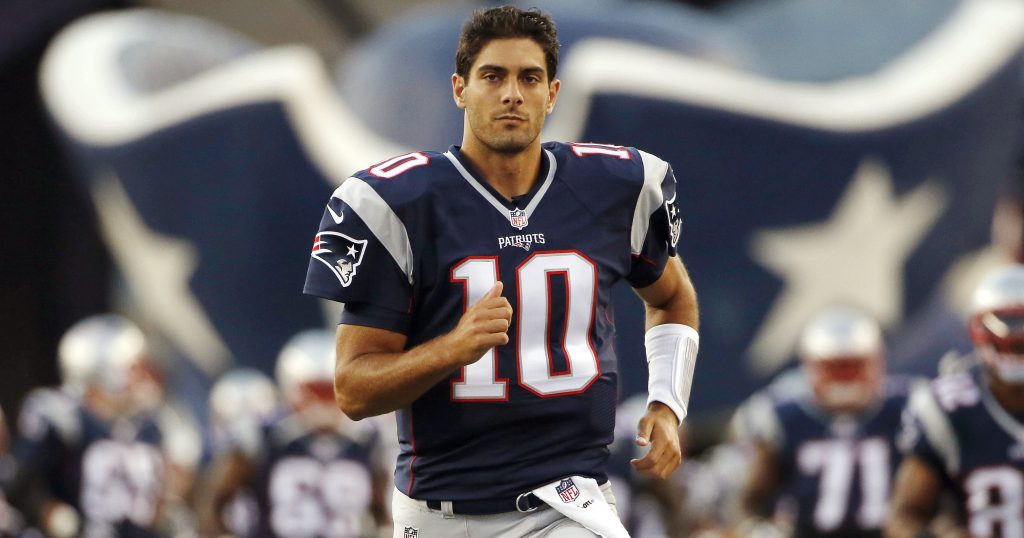 Jimmy or Kirk, you can come to Cleveland and play behind a possible top five offensive line, we have Britt and two WRs taken in the top couple of rounds the last two years, Barnidge and Howard or Engram at TE, and a solid run game with Crowell or Duke to catch out of the backfield. Oh, and Hue Jackson one of the best offensive minded coaches in the NFL is now your head coach.

That sounds like a better option than being a backup in New England who is set to have all their running backs become free agents after next season. New England might also not have as good of offensive weapons except for Gronk if he can stay healthy.

The Patriots also has Nate Solder their starting LT and Julian Edelman their best WR becoming free agents in 2018 and they would need to get paid too or found replacements. There was a reason New England traded Jamie Collins this year.

It was because they knew they couldn’t keep everybody and they wanted something in return now for him compared to next year. Garoppolo has a shot of leaving because the QB market gets a higher payday than what the Patriots couldn’t afford to give Collins and his salary will increase by nearly 20 million possibly.

Maybe Cousins would be looking at reuniting with Kyle Shanahan in San Francisco. What sounds better, what the Browns have or what the 49ers have? The 49ers won’t have as good an offensive line and they have Carlos Hyde who has missed time every season with injuries at RB. Vance McDonald is their starting TE and a 32-year-old Pierre Garcon, Bruce Ellington, and Marquise Goodwin as the starting WRs.

Or he can stick in the dysfunction of Washington with no run game, an often-injured Jordan Reed, and Josh Doctson and Jamison Crowder as your top WRs with Terrelle Pryor signing just a one year prove it deal. I just don’t see how those current setups for the other frontrunners would be more enticing than Cleveland.

This still does not include the nearly 60+ million in cap space the Browns would still have after signing either QB to a 20+ million dollar deal to go out and get better pieces in free agency. It also does not include their first round pick and three second round picks that could also be used to upgrade the rest of the roster in the 2018 Draft.