Browns Name Patrick Murray The Starting Kicker; The Battle Is Finally Over 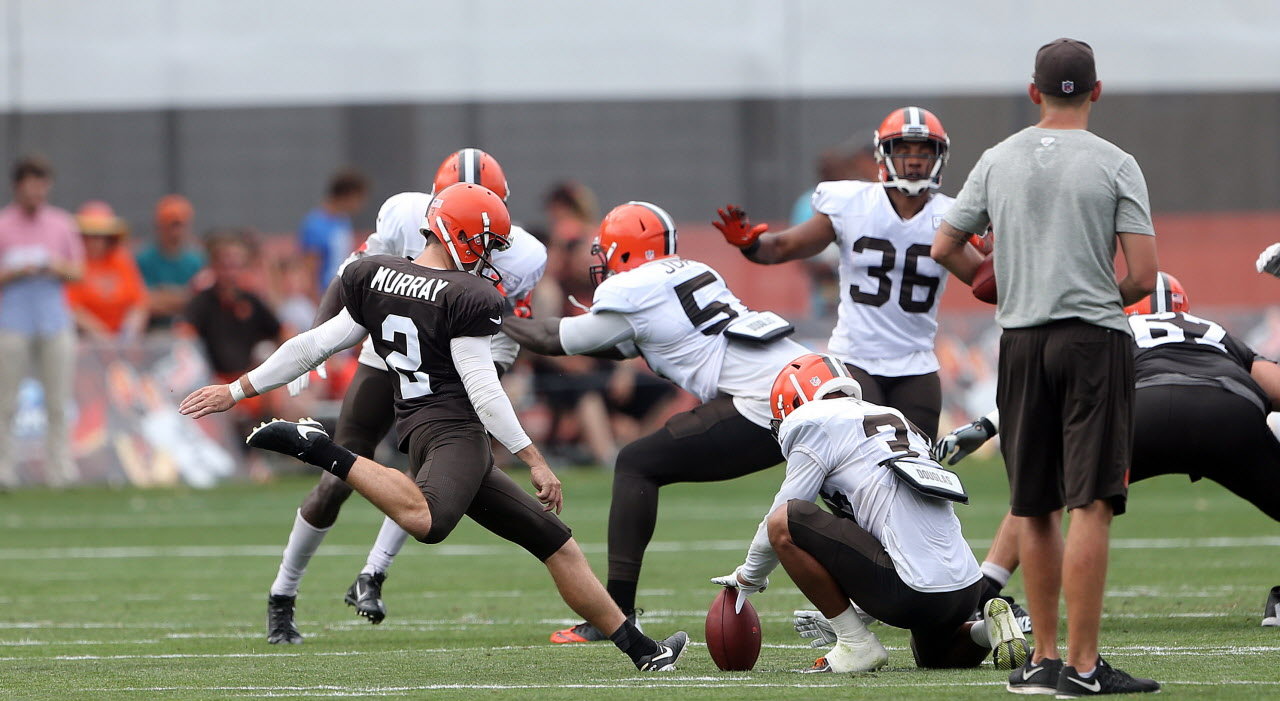 The Cleveland Browns had a kicking battle going on this preseason. It was between Patrick Murray and Travis Coons. After an up and down preseason for Coons, the young kicker managed to make his way off the roster. The team released him of his duties on Monday and will roll with Murray.

Murray is entering his third NFL season as a kicker. He is an undrafted athlete from Fordham college and was with the Tampa Bay Buccaneers for two seasons before coming to Cleveland. His career statistics so far are 20 field goals made out of 24, an 83.3% and a long field goal of 55 yards.

Travis Coons lost his job simply because Murray out performed him. It’s a battle between two kickers, the better and more accurate athlete came out on top.

If you want to talk about overcoming adversity, just one year after Murray tore his anterior cruciate ligament (ACL), he had enough strength to beat out a kicker who had a great season last year with the Browns. Now that is impressive. Murray is a strong individual and should do well this season.