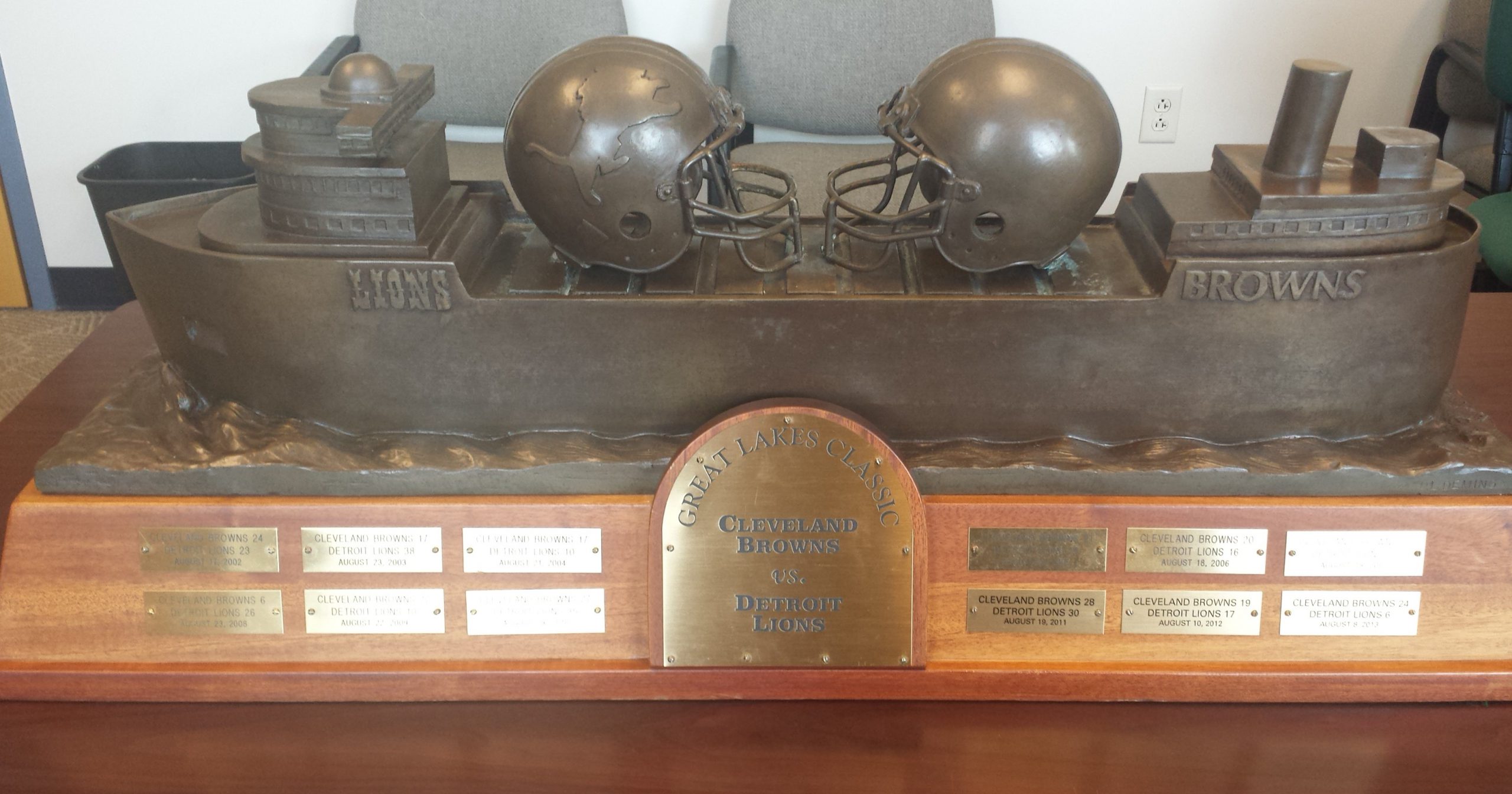 The Browns look to bounce back after a low-scoring, preseason loss at the hands of Tampa Bay last week, as they host the Lions in their preseason finale for the Battle of the Barge on Thursday night. A win would give the Browns a 3-1 record for the reasons. More important than a win though is that this game is the last opportunity for any backups to earn a spot on the team and be apart of the final 53-man roster. While you watch the game, here are three things that you should be looking for

As expected, the Browns will be resting all of their starters this week in the risk of any injury. That means on top of it being the Battle of the Barge, it will also be the battle of the backups. This is their moment, this is the chance that they were waiting for to be on an NFL roster by the end of this week. There won’t be a lack of effort in this one as those players on the roster bubble will do everything they can to start the regular season in a Browns’ uniform.

Who could forget Braxton Miller’s amazing spin move against Virginia Tech in his final season at Ohio State? Well, now he’s a Brown after being signed last week and he is looking to crack the 53-man roster. I think he is going to get a lot of targets against Detroit and if he shows flashes of what he was in Columbus, he could certainly make this roster. That said, it’s still a longshot, particularly because he has less time than the other wideouts to make an impression. He is going to be looked at by other teams though and even if he does end up being cut by the Browns, he’ll likely end up somewhere else.

3) Straight Down the Middle

The Browns will need to find their kicker by the end of the game Thursday. This has been a long, ongoing and inconsistent battle, for both Greg Joseph and Austin Seibert but only one can survive the roster cutdown. Throughout most of camp everyone believed it was going to be Joseph, but Seibert was a perfect four-for-four on field goals last week, including a 54-yarder. Freddie Kitchens has remained adamant this week that the competition isn’t over yet, so it all comes down to this. And just because one of the two survives roster cuts doesn’t mean he’ll be the kicker come Week One.