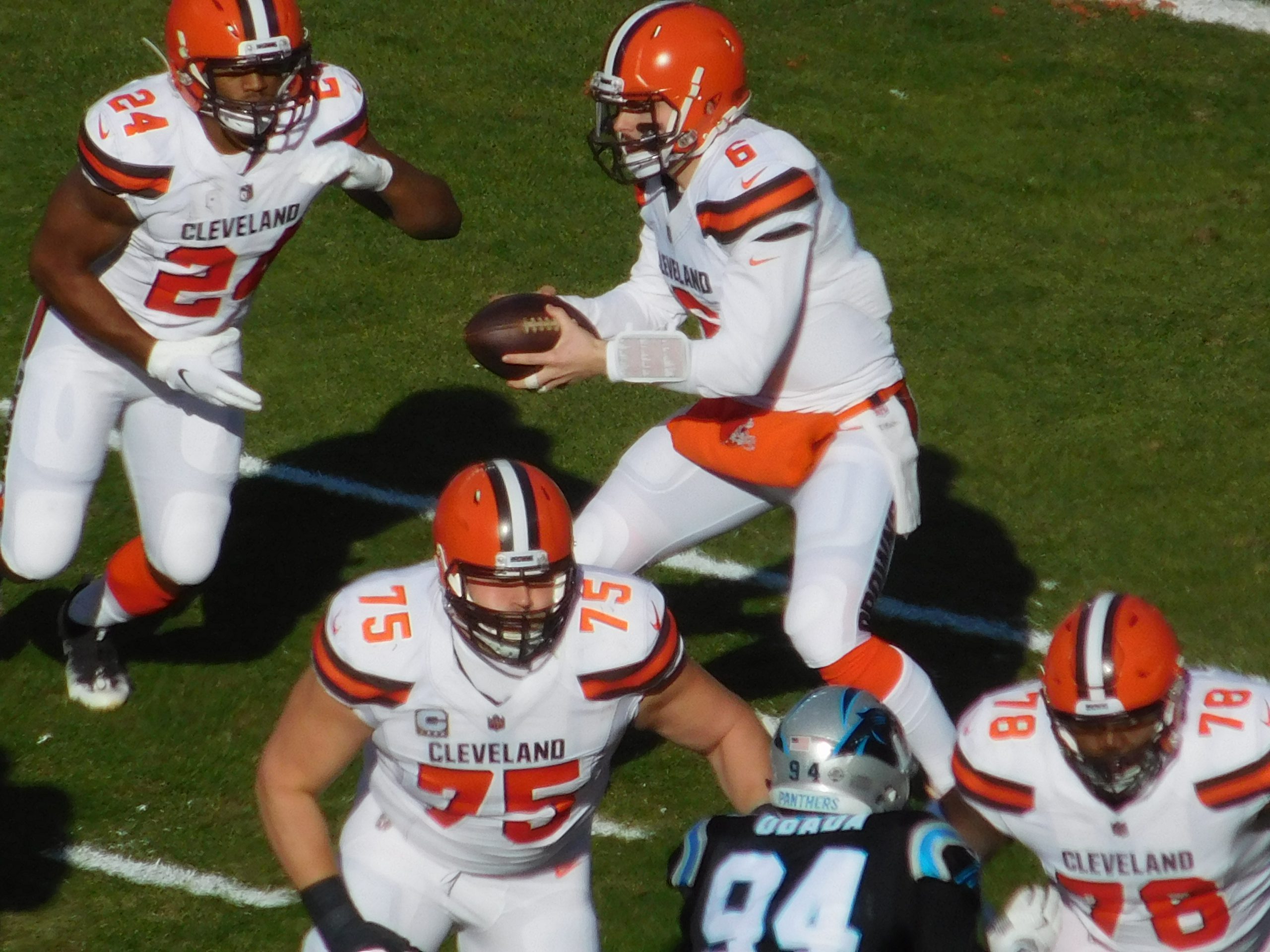 After a must needed win against the Ravens in Baltimore, the Browns travel to San Francisco to play the 49ers on Monday Night Football. The 49ers are looking to stay atop the NFL as being one of only three remaining unbeaten teams. They had the luxury of a bye week of preperation heading into their primetime showdown with Cleveland.

The banged up Browns will be getting some people back this week, thankfully. Antonio Callaway returns from a four-game suspension will be a dangerous weapon added to the fold of an already talented wide receieving group. Jarvis Landry was a full participant at practice on Friday after clearing the concussion protocol so he’ll suit up on Monday night. Sadly, both Greedy Willams and Denzel Ward missed each day of practice this week as they continue to deal with hamstring injuries. It’s unlikely they’ll play for a third consecutive week. For San Francisco, CB Ahkello Witherspoon, and left tackle Joe Staley have each already been ruled out for the game. Running back Tevin Coleman is listed as questionable with an ankle injury after practicing on a limited basis this week, but all signs point to the former Falcon suiting up against the Browns.

By the numbers: 8.25. That’s how many yards per carry Nick Chubb averaged as part of his monsterous 165-yard, three touchdown performance last week. He has Freddie Kitchens to thank for that as the first-year head coach went back to what worked for the offense last year. Chubb is still a dangerous threat running the ball and the Browns need to continue to have a balanced offense to get wins.

Keys to the game:

1) Run the ball: Building off the stat from above, the running game has to be effective on Monday night for the Browns to get a win. All of Cleveland knows that Nick Chubb is a machine running the ball and he should continue to receieve a lot of touches. If he does, good things should happen.

Pressure the QB: Freddie Kitchens called the Browns defensive line the team’s strength back in training camp and that has been true through four weeks as the Browns are tied for the foruth most sacks (14). Last week against the shifty Lamar Jackson they corralled him four times. They need to keep the pressure up against Jimmy Garoppolo who can pick you apart if you’re not careful.

Turnovers on defense: Last week we saw the defensive threat that the Browns were hoping to be; a defense that knows how to create turnovers at a snap of a finger. Against Baltimore, the Browns came away with two interceptions and a fumble recovery, all of which were somehow influenced by safety Jermaine Whitehead. Without Greedy Williams and Denzel Ward last week, Whitehead and the other members of this next-man-up secondary have been a pleasant surprise. They’ll need to snare more takeaways against one of the NFL’s top in terms of total yards (421 pg) and points (32 pg).

Where to watch/listen: You can watch the game on ESPN for Monday Night football, or you can listen to it on 92.3, 98.5, or the Cleveland Browns App.