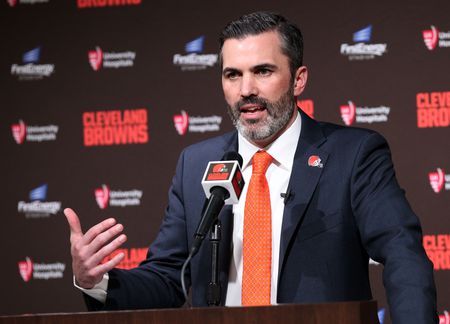 The covid-19 virus has struck again in the world of sports, as Mary Kay Cabot of the Plain Dealer reports the Browns and the other teams in the league will not be allowed to hold in-person minicamps.

The league also gave clubs the choice of continuing their offseason programs through June 26th or discontinuing them after this week. Kevin Stefanski plans to continue his program into the final week of June 22nd, but exact day has yet to be determined.

NFL commish Roger Goodell sent a memo to all 32 teams earlier on Thursday letting them all know that “after discussion with the CEC, we have concluded that it would be prudent not to hold in-person minicamps under the current circumstances.”

The move to not allow in-person minicamps does not come as much of a surprise, and it was just a matter of time before the decision to force teams to continue virtual offseason programs.

The memo Goodell sent out also stated that the league is working with the NFLPA to put arrangements into place to safely be able to open training camps in July.