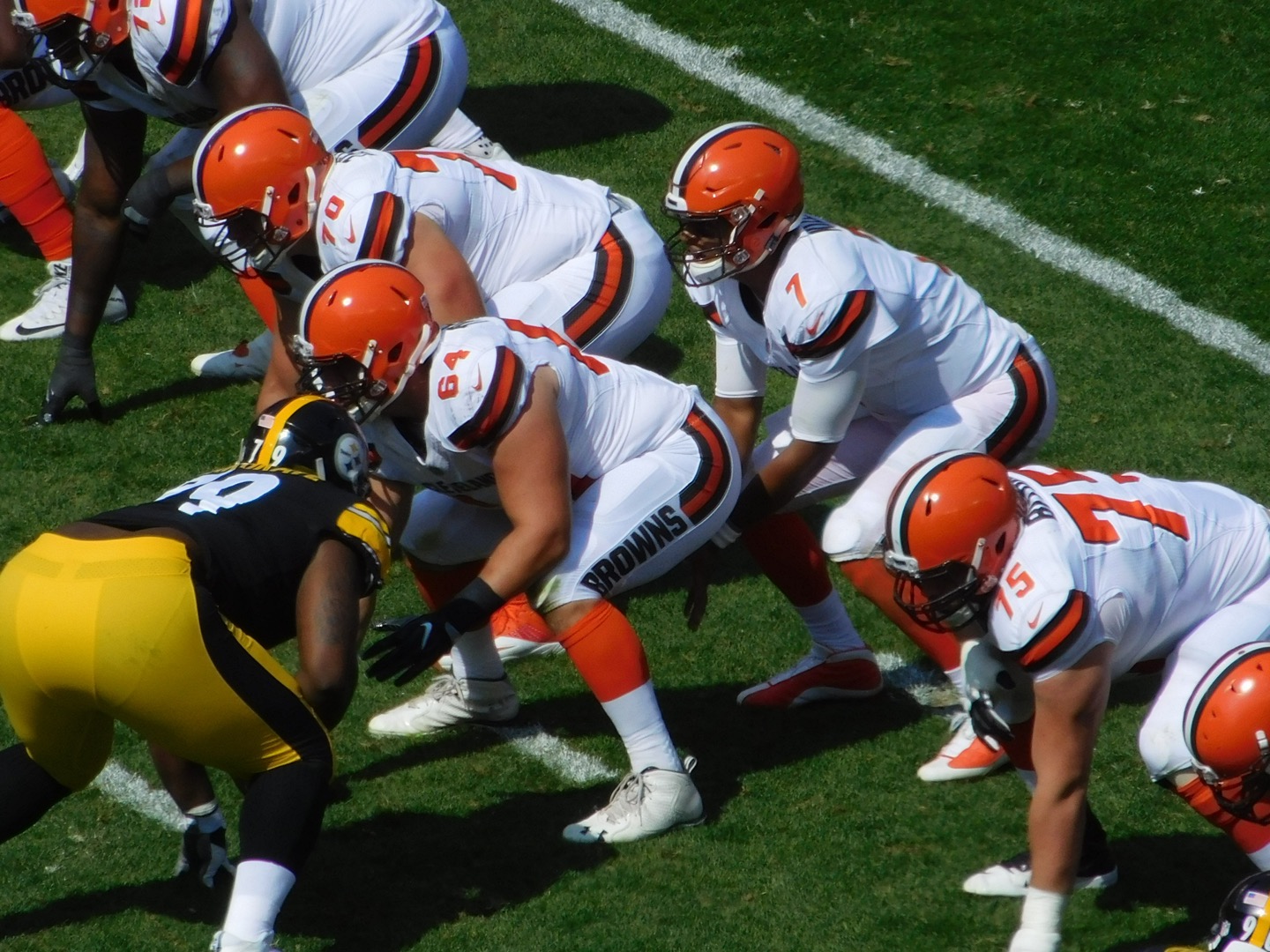 Dating back to their return to the NFL in 1999 against Pittsburgh, the Cleveland Browns franchise has only been able to capture one opening day victory.  Sadly, that trend continued today with a 21-18 defeat to the Pittsburgh Steelers.

All eyes were on the revamped Cleveland Browns defense along with the rookie starting Quarterback DeShone Kizer.  Both did well, not great, but well enough for “week one.”  The defense only let up 14 points and Kizer went 20 of 30 passing for 222 yards, a touchdown and an interception.  He did take 7 sacks however.  Some were on the offensive line and some were on him holding the ball too long.

The defense held star running LeVeon Bell to only 32 yards on the ground, most of that coming on a big run late.  Big Ben Roethlisberger through for 263 yards on the Browns secondary with two touchdown tosses and a pick.  He had all day to pass several times however and was only sacked once.  A sign of Myles Garrett being out of the Browns lineup with injury.

The loss was only 3 points, and they walk away from it mostly injury free with some positive signs to build off of heading into the rest of the season.  It didn’t start out that way however as the Steelers scored in the early minutes of the contest.

The Steelers stuck first when they blocked a Cleveland punt and covered it in the endzone to take the early 7-0 lead with 12:44 left in the first quarter.  It was then that DeShone Kizer showed some poise and led the Browns back into the game with several clutch throws and smart timing.  Kizer would finish a long drive himself, rumbling in from the 1 yard line to tie the game late in the opening quarter.

It was a defensive struggle for most of the second quarter until Pittsburgh’s 2 minute offense took over late.  With 45 seconds left in the first half, Roethlisberger connected with receiver Jesse James to give the Black and Gold a 14-7 lead at the break.

Much to Hugh Jacksons credit, he made some needed adjustments at the half which allowed the Browns to spot some openings in the second half.  Cleveland would also benefit from some bad Pittsburgh mistakes.  The Steelers would finish with 13 penalties for a whopping 144 yards.  Including several of the 15 yard plus variety to keep drives going for Cleveland.

A Zane Gonzalez 37 yard FG at the 9:27 mark of the third quarter brought the Browns to within 4 points at 14-10.  However, about 5 minutes later a second touchdown pass from Ben to Jesse James gave Pittsburgh its biggest lead of the game at 21-10.

The Browns did what they could late in the fourth quarter to attempt a dramatic comeback.  Kizer led another beautiful drive, capped off by a fourth down, 3 yard razor sharp touchdown toss to Corey Coleman to cut into the lead with less then 3 minutes left on the clock.  Crowell would then convert the 2 point extra point to make it 21-18 but it simply was too little too late.

Hugh Jackson, getting the benefit of kicking from the 50 after a 15 yard penalty was called on the touchdown play to be enforced on the kickoff, made the odd choice not to onside kick.  With such little time remaining, and getting the benefit of kicking at midfield with only three minutes left, it was a strange choice not to do it.  The ensuing kickoff traveled to the 20 and the Steelers had zero issues running out the clock from there as the Browns only had two timeouts and ended up wasting them both on one play.

From here, the Steelers will head home to host the Vikings who will be coming off of a short week while the Browns travel to Baltimore.

The Big Show: The Worst Booked Career In Pro Wrestling History!
Browns Fall To The Steelers 21-18; Three Takeaways From The Loss