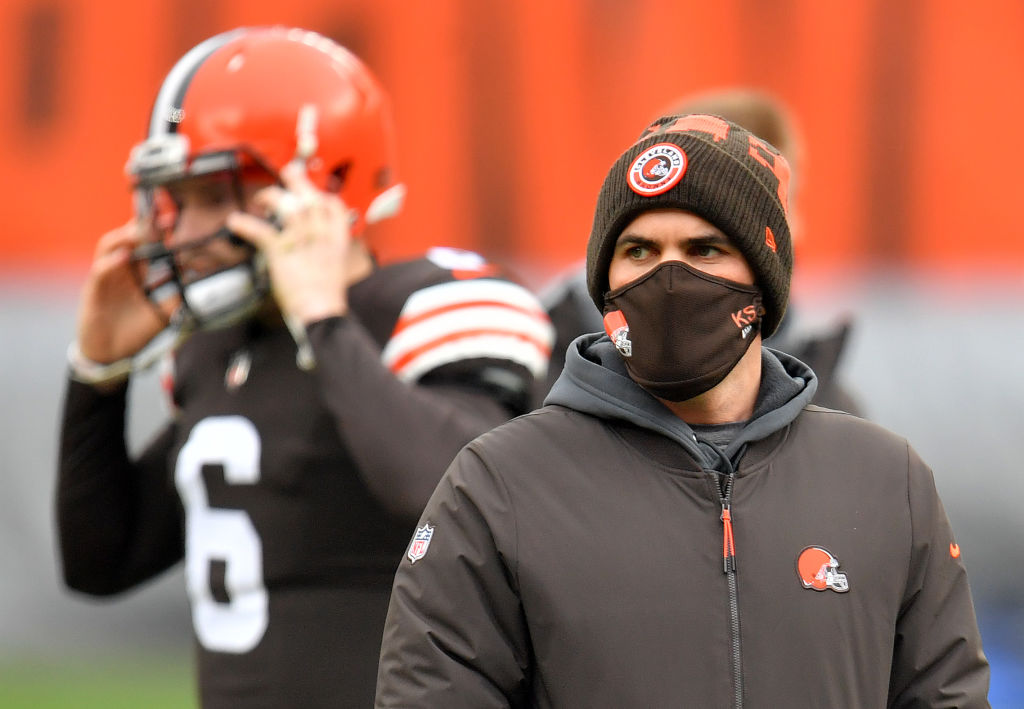 The Browns won’t be on the practice field physically on Wednesday, as the team will practice remotely according to head coach Kevin Stefanski.

“We have to find a way, that’s what our charge is,” Stefanski said Wednesday via zoom call.

The team did get some good news that being they did not have any further positive COVID-19 cases, and the team had no additional close contacts from testing.

For now there’s no word on if the team will be able to practice in Berea the rest of the week before heading to Pittsburgh for the game on Saturday.

The coach spoke about the two players that were cited on Tuesday for drag racing, Jedrick Willis Jr. and Rashard Higgins, and said that the two have been spoken to and it’s been handled.

Without Stefanski on the sidelines this week for the Browns, the team will have special-teams coordinator Mike Priefer serving as the team’s head coach for the wild card game against the Steelers.