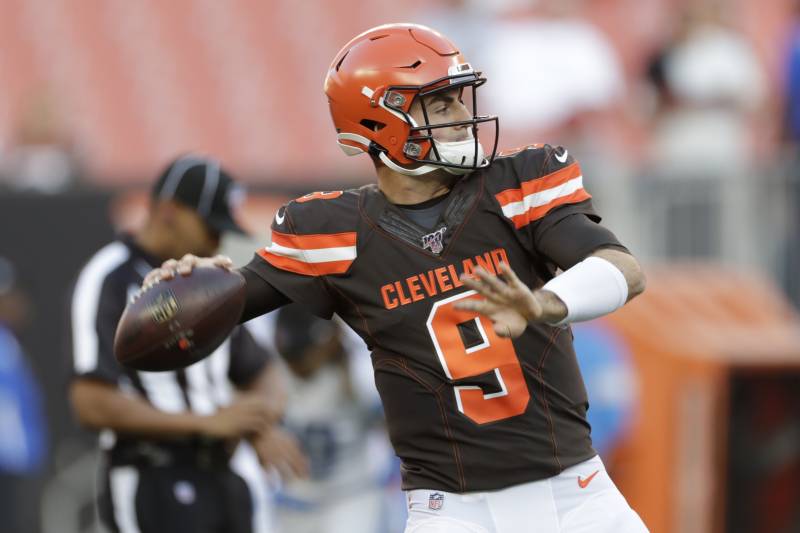 The Browns picked up an undisclosed draft pick for 2022 on Friday afternoon for one of their own, as the team moved backup QB David Blough to the team they beat on Thursday night in the final preseason game, the Detroit Lions.

Detroit got to see plenty of Blough in Thursday’s contest, as he completed 11 of 17 passes for 115 yards and threw two interceptions in the Browns’ 20-16 preseason win.

Overall this preseason Blough completed 25 of 43 passes for 271 yards with two touchdowns and two interceptions.

In trading Blough, the Browns and Lions agree to a conditional swap of 2022 seventh-round picks. Blough came to the Browns undrafted out of Purdue.

The Browns QB’s for 2019 will be Baker Mayfield, Drew Stanton, and Garrett Gilbert.