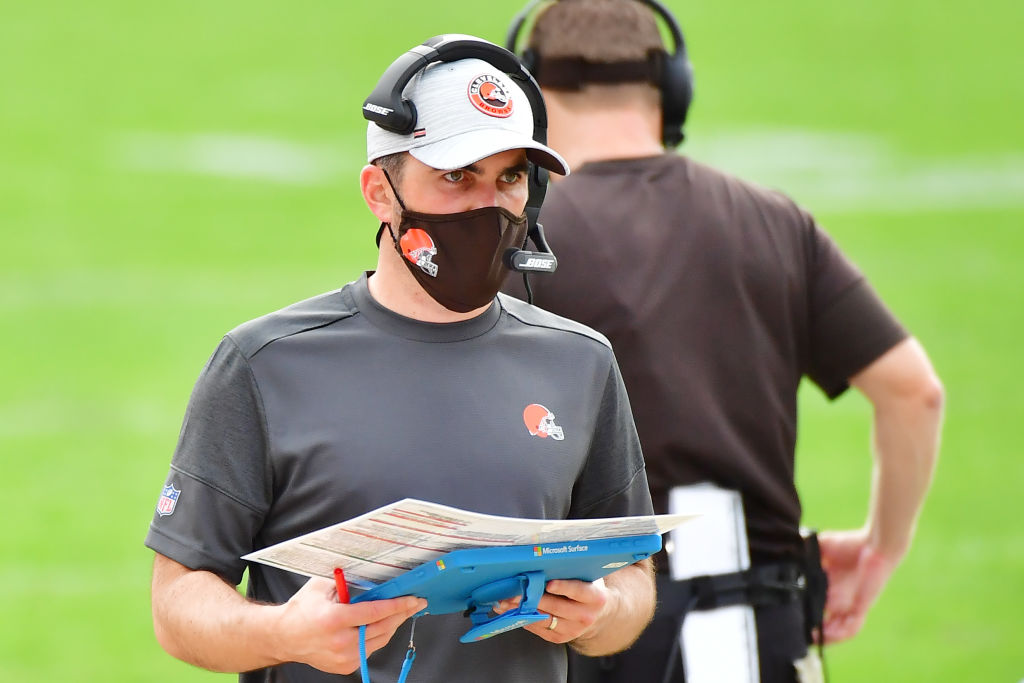 The Browns are set to get a huge boost Sunday when they play the AFC’s #1 seed the Kansas City Chiefs, as head coach Kevin Stefanski should be back on the sidelines for the game.

Stefanski “feels great” according to ESPN’s Adam Schefter, and watched Sunday night’s AFC Wild Card win over the Steelers in his basement.

The Browns head coach was one of the members of the team’s coaching staff that tested positive for the COVID-19 virus last Tuesday and wasn’t allowed to travel with the team to Pittsburgh.

Not only does Stefanski give the team a boost being back, but the team should also get back a couple of key players in Pro Bowl left guard Joel Bitonio and cornerback Denzel Ward.

The team got even more good news Monday as the team got an “all clear” on their latest round of COVID-19 testing, NFL Network Insider Ian Rapoport reported.

As of now, all of the coaching staff along with the players should be back for the game in Kansas City.