I Have Never Been This Disgusted 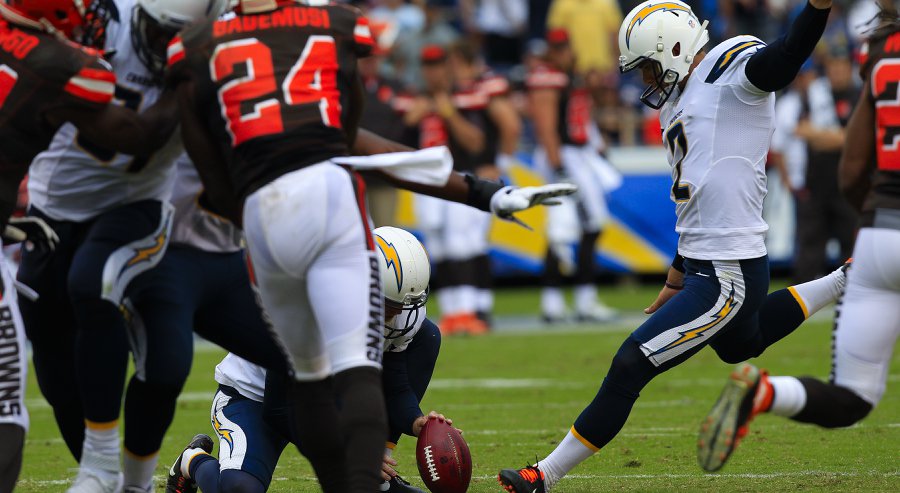 When the Cleveland Browns headed west to San Diego the last thing this writer expected them to come home with was a win. It didn’t matter that the Chargers were ravaged with injuries across their offensive line and in their defensive backfield…conventional wisdom said the Browns weren’t going to beat Phillip Rivers and San Diego.

Then the game kicked off and it became clear how bad the Chargers actually are. There are few teams in the NFL San Diego should even be on the same field with at this point. Turns out the Browns just happen to be one of them.

Sure, Josh McCown’s final numbers look nice. He threw for 356 yards and a pair of touchdowns without throwing an interception. Those numbers are a lot of fool’s gold.

First, as the Browns were driving the second time they had the ball…with field position tilted in their direction…McCown fumbled the ball away. Every time Johnny Manziel puts the ball on the turf the Manziel haters point and scream so McCown deserves the same treatment.

He also, time after time, failed to check out of a poor play, choosing instead to either let a running back run into the teeth of the Chargers’ defense or deciding to throw a screen pass into an over-loaded side of the field.

As a veteran quarterback one of the most important parts of McCown’s job is to successfully read the defense pre-snap and put the offense into a play that has the best chance to succeed. Giving the ball to Duke Johnson up the middle against nine defenders in the box is not only foolish, it’s the kind of thing a rookie would do.

The Browns had to settle for field goals three times after driving into San Diego territory. The two touchdown passes came on a solid throw to Johnson on a well-conceived play and a flip to tight end Gary Barnidge two plays after Barnidge made a circus catch that gave the Browns the ball at the Chargers 1-yard line.

Now for the defense. It was deplorable. Against a San Diego offense that had three second-stringers starting on the offensive line and just two legitimate receivers for most of the game, the Browns somehow managed to give up 30 points and 438 total yards. The Chargers were gift-wrapped five first downs via penalties.

In the final 2:09 the defense allowed the Chargers to drive the length of the field to set up the winning field goal. After Josh Lambo missed a 39-yarder as the clock expired he was given another chance because of a foolish offsides penalty on Tramon Williams. From 34 yards he hit it right down the middle.

The defense was awful, allowing the Chargers to score touchdowns on two of three trips to the Red Zone. Rivers picked them apart, completing 23 of 38 passes for 258 yards and three touchdowns.

Ladarius Green (again, who???) had a 20-yard reception on third down.

The Browns, against a patchwork offensive line, blitzed all day and managed just two sacks.

The team played undisciplined football, committing 12 penalties. The offensive line gave up four sacks to a team that had just one in four games coming into the contest…one week after giving up five to a Raiders team that came into the game sackless.

In one of the biggest problems, the Browns offense scored just one touchdown in four trips to the Red Zone.

One of the biggest crimes…Tramon Williams, Dwayne Bowe, Johnson Bademosi, Justin Gilbert, Barkevious Mingo and Rob Housler are drawing NFL paychecks. Donte Whitner is done and should be replaced. McCown can’t win and Johnny Manziel, thanks to Mike Petine, can’t get on the field.

Cleveland Browns Stadium has been called the “Factory of Sadness.” I don’t agree…it should be called the Factory of Incompetence.

Here we go again. The time has come to clean house yet again.

Mike Pettine can’t get his team ready to play, and during the game he can’t get them to play with any kind of discipline. After the insanely ignorant penalty on Williams, the one that allowed the Chargers a re-do on the game-winning field goal, Petine made excuses instead of holding the player accountable. Sorry, Coach…excuses are for losers.

General manager Ray Farmer has badly blown two consecutive drafts. His two first-rounders from last season can’t get on the field and his two this year, Danny Shelton and Cameron Erving, have been completely underwhelming this year.

The only picks Farmer has made that can be considered competent were Joel Bitonio, Christian Kirksey and possibly Pierre Desir, Xavier Cooper and Duke Johnson.

When you draft near the front of the draft and consistently miss you should lose your job. Farmer should lose his.

Here is what’s going to happen very soon…people are going to stop caring. The Cavaliers are starting up soon and people aren’t going to pay close attention to a team that does not seem to be concerned with putting an entertaining, successful product on the field. When Pettine decided to start McCown in the Oakland game it was pretty easy to see where things were headed.

Instead of going with the hot hand, the young player the fans want to see…who was coming off an exciting win where he made a couple of thrilling plays…Pettine decided to go with the career back-up. Whether Johnny Manziel ever becomes a decent quarterback in the NFL or not, he was finally at a point where it seemed like the wind was at his back.

His coach pulled the rug out from under his feet.

The loss in San Diego was hard to swallow. What this team has become, a weekly kick in the teeth for its fans, is even worse than one blown football game.