Browns Caught Between Brock And A Hard Place With Quarterback Situation 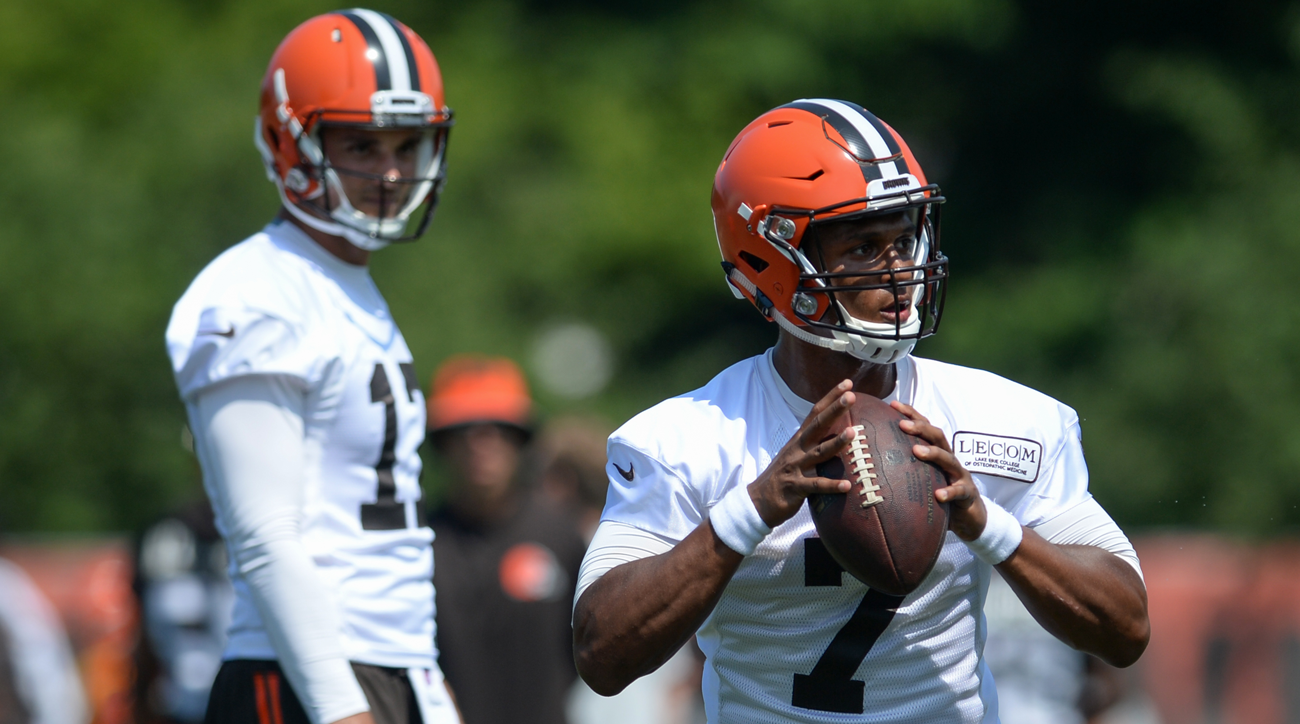 We all expected the talks of the. Cleveland quarterback situation to start eventually, just not this soon. But alas, that’s where we currently stand with the Browns after only the first week of the pre-season.

If you watched the Browns first game of the new campaign, you saw what everyone else saw. And if you didn’t watch the game, ESPN and numerous other sports outlets had you covered on the impressive play of rookie quarterback DeShone Kizer.

Kizer worked his way into the hearts of Cleveland fans with not just one, but two big throws from the pocket that finished in touchdowns. The second throw is the one everyone was talking about after the game, as Kizer hurled a 45-yard pass to Jordan Payton for the game-tying touchdown which ended up being the deciding factor after the extra point from rookie kicker Zane Gonzalez.

Kizer finished the game with 184 yards and a touchdown on 11 of 18 passing, leading the Browns to a 20-14 victory over the New Orleans Saints in a game where Kizer only played the second half.

And that’s when the quarterback battle heated up. Again.

If you were watching that same game, you saw Brock Osweiler struggle with the first-team offense. Osweiler completed six of his fourteen pass attempts for a meager 42 yards. Osweiler cannot be blamed for everything, as all night long the wide receivers corp were failing to catch most of the passes thrown their way. But that still doesn’t excuse Osweiler for some errant throws and a failure to move the chains. Another point to be made is that Osweiler was the only quarterback to not lead his unit for a score. Even Cody Kessler, who only played half of the second quarter, led the Browns to a touchdown drive in the second quarter. That worries many fans as we get closer to the start of the regular season.

It was announced Wednesday that Osweiler will start the Browns second preseason game against the New York Giants on Monday night, with Kizer following and Cody Kessler rounding out the updated depth chart. If Osweiler struggles against the Giants and Kizer shines, the noise will get louder and fans will start calling for the rookie out of Notre Dame to start Week One against the Pittsburgh Steelers.

Whether it’s the right move or not, the Browns will be forced to make a decision on Kizer. Will they let him sit and watch Osweiler start, allowing him to grow from the bench? Or will they throw him into live action right away, finding out if he can put out the flames of the fire he’d be thrown into?

It’ll be interesting either way the Browns go about their decision. Eventually, the team has to find out if Kizer is the future behind center.  And with no real steady starter in front of him, right now might be the perfect time to find out.