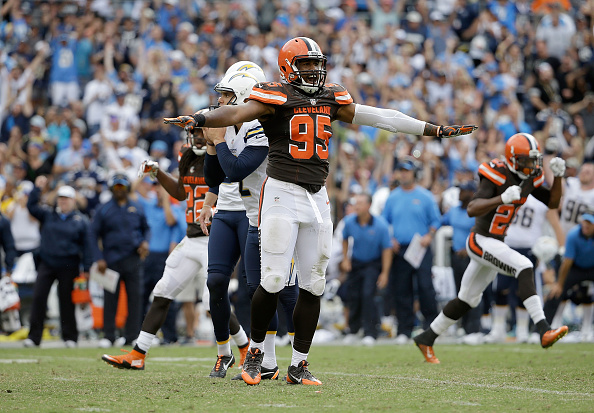 The Browns announced this morning they have waived linebacker Armonty Bryant.

The former seventh-round choice had been in the news for all the wrong reasons starting with an arrest on Christmas morning last year with former Browns DB De’Ante Saunders.

Bryant and Saunders were pulled over, and the Ohio Highway Patrol Troopers searched the car and discovered a handgun and three pills, two prescription painkillers and one Adderrall.

On February 10th a grand jury on indicted Bryant on two felony drug possession charges, and Saunders on one charge of improperly handling weapons in a motor vehicle.

The team suspended Bryant for the final two games of 2015, and The team released Saunders from the practice squad after he was arrested and charged with suspicion of drunken driving and speeding.

On July 27th Bryant pleaded guilty to a misdemeanor drug charge, and was sentenced to 68 days of probation and also received a suspended 180-day jail sentence and $1000 fine.

He appeared in 31 games and totaled 71 tackles, 8.5 sacks, two forced fumbles and one fumble recovery. He was suspended by the Commissioner for the first four weeks of the 2016 season.

Last season he had 5.5 sacks this season to go along with 28 tackles.

Turnovers Cost Browns the Win; Lose To Redskins 31-20
The Browns QB outlook for the future