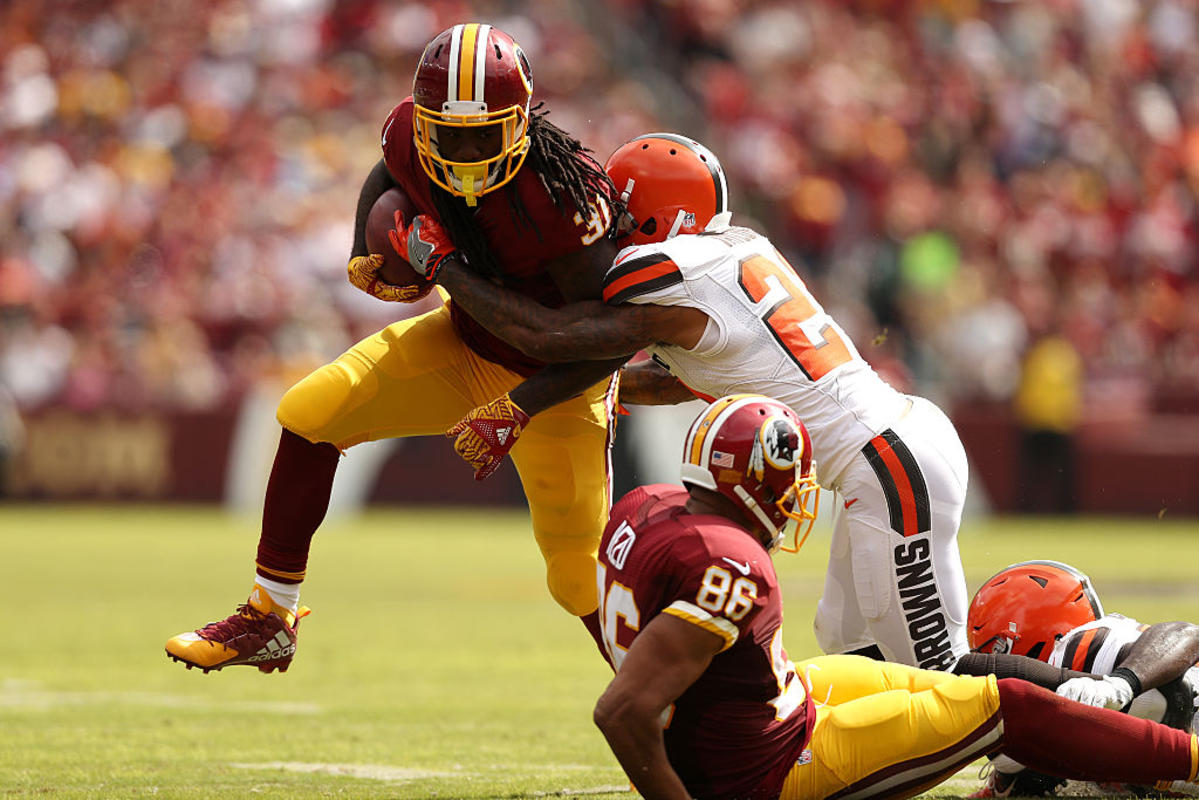 The Cleveland Browns (0-4) played well enough to win, but the turnovers plagued them in the second half as they fall to the Washington Redskins (2-2)

The Browns defense struggled early. In the first drive of the game, Redskins QB Kirk Cousins led the offense down the field with ease and capped off the drive with a 8-yard touchdown to TE Jordan Reed without an incomplete pass. Trying to answer back, the Browns take the field and Cody Kessler tried to get the team back in the game early. Unfortunately, the Browns didn’t get far and ended up punting early.

Cousins drove down again with no problems against this Browns defense and scored yet again with a 9-yard pass to Reed in the back of the endzone. The Browns had no idea what to do against this Redskins passing attack. At the end of the first quarter, Cousins was 10-11 with 70 yards and 2 touchdowns. Both touchdowns in that quarter were in the redzone where the Redskins are known to struggle this year.

The second quarter was a big one for Browns RB Isaiah Crowell. With some good blocking up front, he had 7 rushes for 39-yards. He ended the drive with a 2-yard run into the endzone to give the Browns hope as they trail by only a touchdown 14-7. Cousins threw his first pick of the game to CB Jamar Taylor who brought the ball back to the Redskins’ 12-yard line and Kessler took advantage and tossed a 9-yard touchdown pass to Terrelle Pryor for his first receiving touchdown of the season.

The Redskins drove back into the redzone but the Browns finally have a good defensive stand to hold the Redskins to a 00-yard field goal making the score 17-14. Kessler tried to take the lead before the half but couldn’t covert so Cody Parkey, after missing three kicks last week, set up for the game tying field goal and hit it from 51-yards out to tie the game as clock expired for the first half.

Coming out of the first half with the momentum, the Browns received the kickoff and once again, Crowell was getting yards for this Browns offense. He had a long run for 18 yards right up the middle where he’s been doing most of his damage on the ground. They couldn’t get a touchdown but Parkey again hits another field goal for 45-yards to take the lead for the first time in the game.

Defense for the Browns picked up big time in the second half. Cousins was rushed a few times and was even sacked and fumbled the ball but Cousins recovered the ball and forcing the Redskins to punt. The Browns looking to score while in Redskins territory turned the ball over after Malcolm Johnson fumbled in the redzone and the Redskins recovered at the end of the third quarter. The Redskins would capitalize off the turn over and Cousins threw a 5-yard pass to RB Chris Thompson making the score 24-20 in the fourth quarter.

Looking to make a comeback, Crowell, who had 112 rushing yards, was gutting the middle of the Redskins defense. While he was on the sideline catching his breath, Duke Johnson Jr took over and got the first down, but wouldn’t go down and fumbled the ball. Redskins defense with back to back forced fumbled against the Browns running backs. After a defensive stop by the Browns, Kessler came back in and was intercepted by Josh Norman which set up the 1-yard run by RB Matt Jones which was the final nail in the coffin.

The Browns fall to 0-4 on the season and take on the Patriots during their welcome back party for Tom Brady.