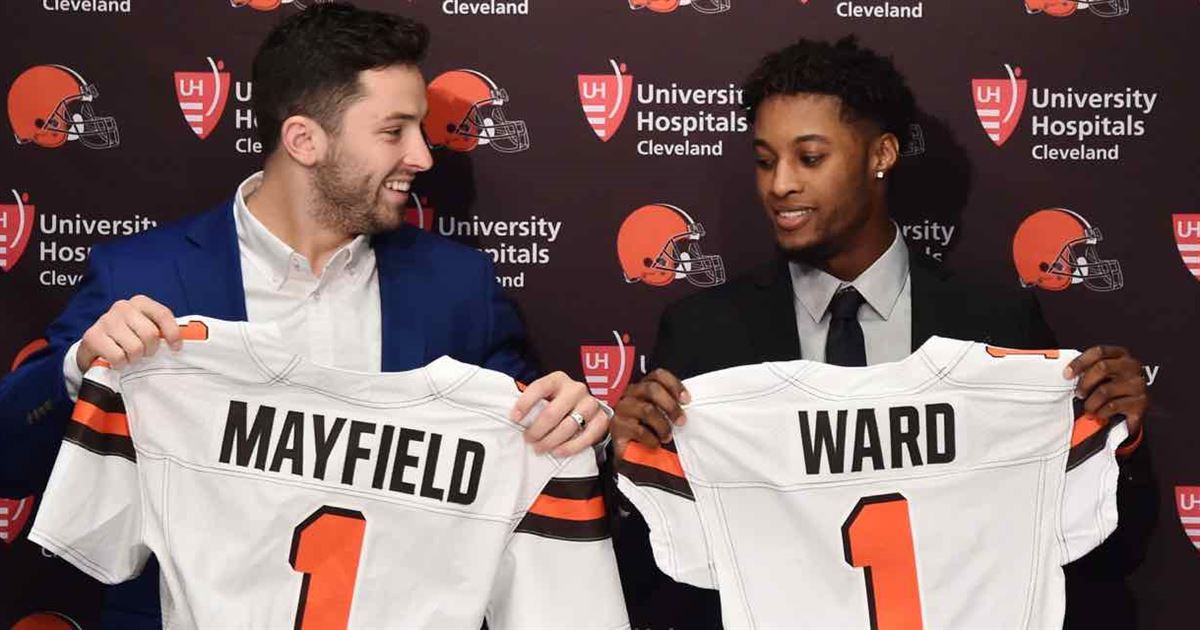 Monday night’s Game 4 was Baker Mayfield and Denzel Ward’s first time at The Q since both became top-five draft picks in the 2018 NFL Draft. They were greeted quite nicely.

During a first half timeout, both rookies were shown on the big screen right before a t-shirt toss.

Mayfield especially received a ton of love from the Cleveland fans in attendance, being introduced as “The Quarterback”.

Mayfield and Ward were joined by Browns head coach Hue Jackson at the game.