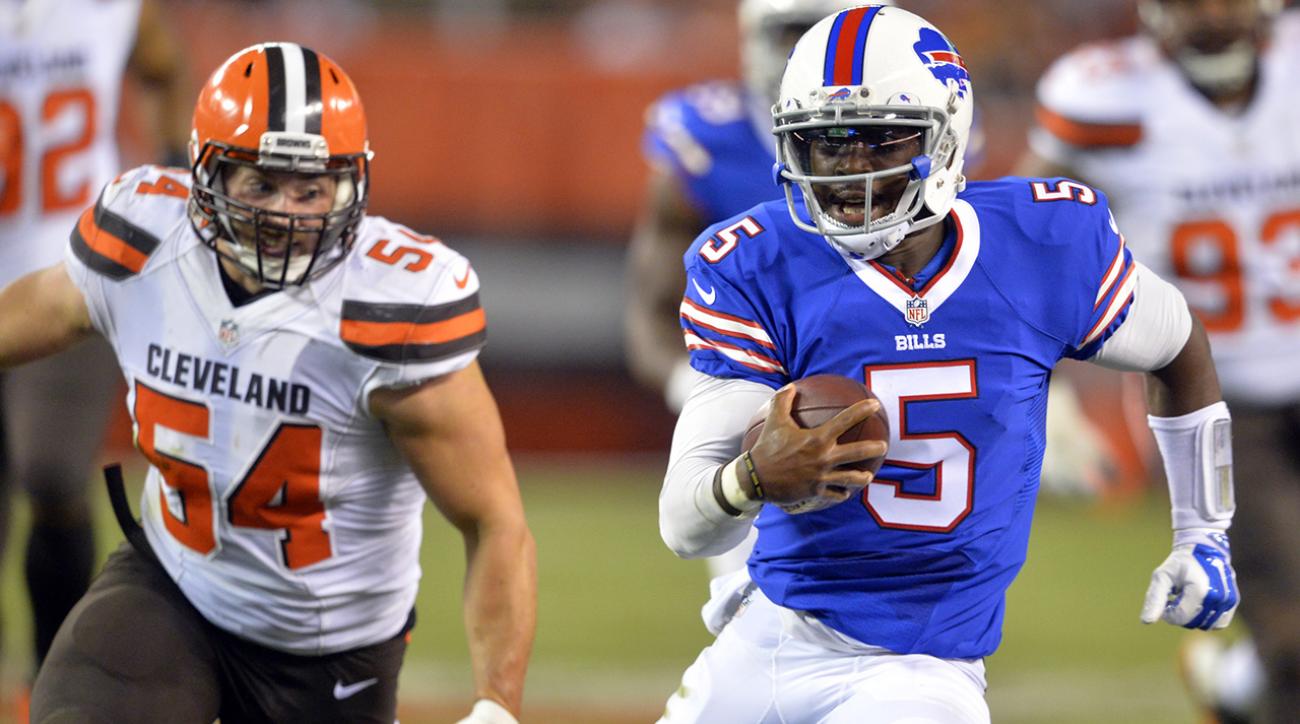 After enjoying a day of golf on Monday, Cleveland Browns players and coaches get to work down in Barea with the opening day of organized team activities. Per usual, OTAs will consist of a trio of three-day sessions over the next three weeks. Keep in mind, this is a voluntary program, so players not showing up right away is quite common.

Still, much of what is on display over the next few weeks and leading into mandatory mini-camp will set the stage for training camp later this summer. With that in mind, here are five things worth watching throughout OTAs.

Whether he’s ready or not – he seems ready – the Browns No. 1 overall pick is going to be the center of attention at all of the remaining offseason programs. When training camp rolls around in August, he’ll be a go-to focal point on Hard Knocks. For better or worse, everything Mayfield does will be viewed in a microscope. Additionally, the Oklahoma product’s direct battle with Tyrod Taylor leading up to next season will be must-watch TV. Hue Jackson has remained adamant that Taylor start under center come September, but that isn’t stopping Mayfield from attempting to win the job for himself. It starts today at OTAs and will surely carry over into the summer months.

2) The implementation of Todd Haley’s offense

Jackson has finally agreed to hand over his offensive playcalling responsibilities to none other than former Steelers offensive coordinator Todd Haley. OTAs will allow players to showcase Haley’s vertical attacking offense for essentially the first time, as a collective group. It is somewhat similar philosophically to what Jackson likes to do, terminology will obviously be different though. Also, the offense looks completely different from a season ago, with a surplus of running backs to account for, along with the additions of Taylor at QB and Jarvis Landry as a slot receiver. The sky is the limit for this revamped unit under Haley’s guidance and this will be their first opportunity at putting it all into effect.

Outside of Jabrill Peppers, the Browns secondary is entirely new for the start of OTAs. Peppers secondary-mates will likely consist of No. 4 overall pick Denzel Ward and T.J. Carrie at CB, as well as Damarious Randall – acquired via trade with the Packers – at the other safety spot. Free agent acquisition E.J. Gaines could easily find a role as well. That group starting to develop chemistry and communication now will go a long way towards success on the field next season.

Finding a full-time replacement at left tackle following the legend, Joe Thomas’ retirement, is one of the Browns top priorities this summer. That picture may begin being painted at OTAs, where Shon Coleman will likely start out as the frontrunner. The third-year man out of Auburn spent all of last season at right tackle, but with the team signing Chris Hubbard in free agency to most likely start at that spot, Coleman has prepped for making a switch. He’s actually spent time with Joe Thomas throughout the offseason, getting more comfortable with the left side of the line. At the very least he’s earned the chance to compete for the starting job, however second-round pick Austin Corbett will be breathing down his neck. Nonetheless, OTAs will offer an early glimpse at who has the inside track for left tackle.

OTAs begin with Cleveland loaded at the running back position. Back in March, they added Carlos Hyde via free agency, then drafted Georgia product Nick Chubb in the second-round of last month’s draft. And that’s on top of Duke Johnson returning for the final year of his current contract. Johnson’s role seems pretty obvious: he’s best suited as a third-down, pass catching back out of the backfield. That leaves Hyde and Chubb to fight it out for the title of feature back, or potentially for some sort of rotation to be established between the two. The early stages of how this trio will be utilized should first present itself at OTAs.