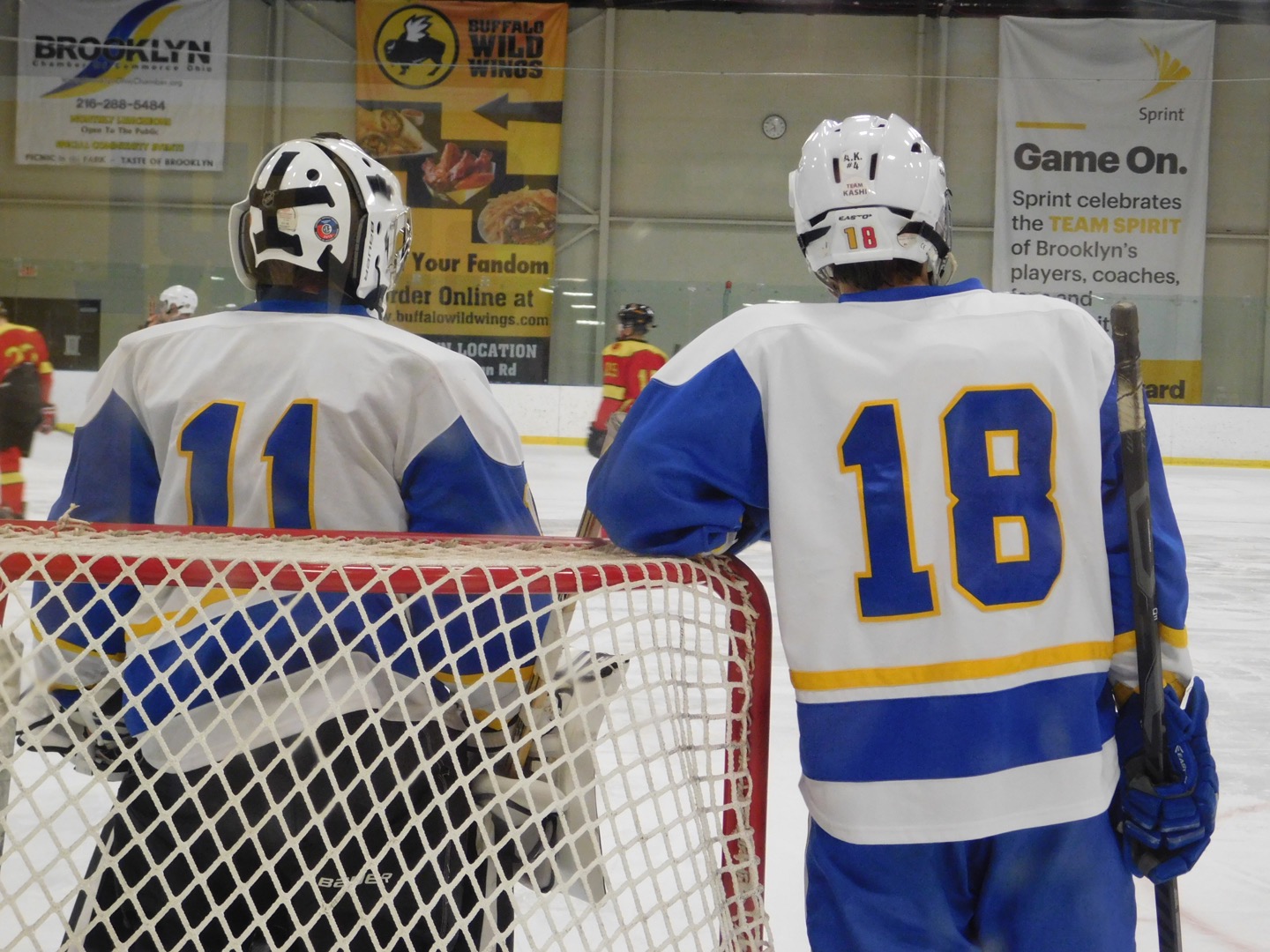 To say that Brooklyn Hurricanes goal scorer Aaron Wrost was in a zone on Thursday evening might have been an understatement, as Thursday night he lit the lamp four times as the Hurricanes topped Westlake 4-3 at the John M. Coyne Recreation Center.

The Hurricanes move to 2-0 on the season, following up an impressive opening night win November 18th over Brush in a 7-0 shutout.

That night Wrost combined with Gavin Supek for all seven of the Hurricanes goals, with Worst scoring three times. On this night, he carried Brooklyn with all four goals.

His first goal came with five minutes left in the first period, Westlake would even it up at one apiece with a goal at the end of the period.

The Demons goal to to even up the score came from Sophomore Forward Jake Peacock.

Wrost got his second goal of the game with 11:15 to play in the second period, giving the Hurricanes a 2-1 lead at the time. Westlake would tie the score, but once again Wrost rallied the troops.

His third goal came with two minutes left in the second, with assists going to David Duggan and Steven Shumney.

The Demons were able to tie the back and forth affair back up at three with 4:45 left to play, leaving the dramatics to Wrost one more time in the final minute.

The junior, who also is the goal keeper for the Hurricanes varsity soccer team, finished his huge night with the game winning goal, coming with just :44 seconds left to seal the win.

The victory puts the Hurricanes at 2-0 on the young season. They will play Sunday at Bay at Winterhurst at 5:30pm.

The Demons take the hard luck loss and drop to 1-1 on the year. Westlake will be back in action Sunday at North Olmsted Rec as they will take on Garfield Heights.