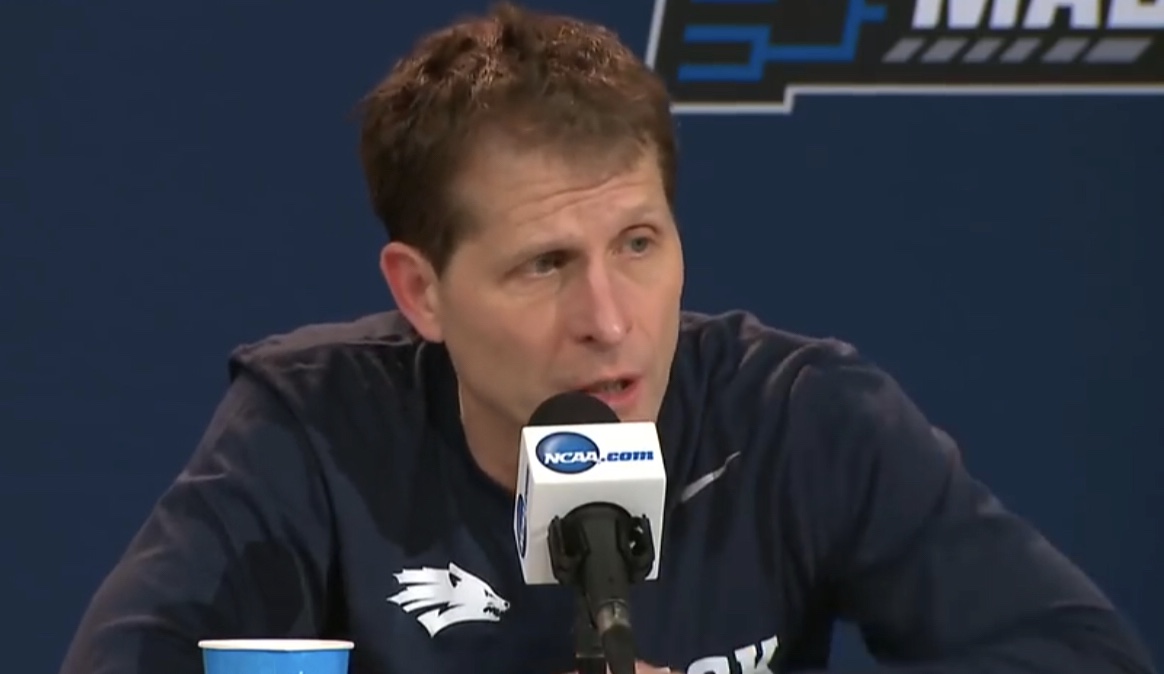 Despite all of the Ohio teams being eliminated from the NCAA Tournament, the Buckeye State still has a representative this March. It just so happens to be in the form of a Wolf Pack.

The Nevada basketball squad is heading to the Sweet Sixteen after a comeback win against the second-seeded Cincinnati Bearcats. The win was capped off by a go-ahead basket with under ten seconds to go in the game that left Cincinnati scrambling and eventually turning the ball over, leading to a mob of Nevada players celebrating at midcourt. One of the most passionate guys on the floor running around was head coach Eric Musselman, a Brecksville, Ohio alum.

Are you kidding me?? Nevada overcomes 22-point second-half deficit to advance to Sweet 16. Congrats to my friend and Brecksville High product @EricPMusselman. Long one of America’s most underrated coaches.

Coach Musselman rolled into the locker room with his shirt off because March. pic.twitter.com/o1cEA8wQm2

Musselman has put it together for Nevada since his arrival in 2015. In 2016, he was named the Mountain West Coach Of The Year and has also earned the Wolf Pack their first Top 25 ranking since the 2007 season. After a nationally-ranked season found them as a seven-seed during the NCAA Tournament, the Wolf Pack rallied to defeat Texas in overtime and then pulled off the remarkable stunner against the Bearcats. And Musselman couldn’t be happier.

He’s made stops along the NBA as well as the collegiate ranks but has seemed to find his footing in his latest stop. Now, Musselman must prepare for a Sweet Sixteen showdown with Loyola Chicago in Friday. And if he can do so, it’ll be the furthest March Madness run in program history.