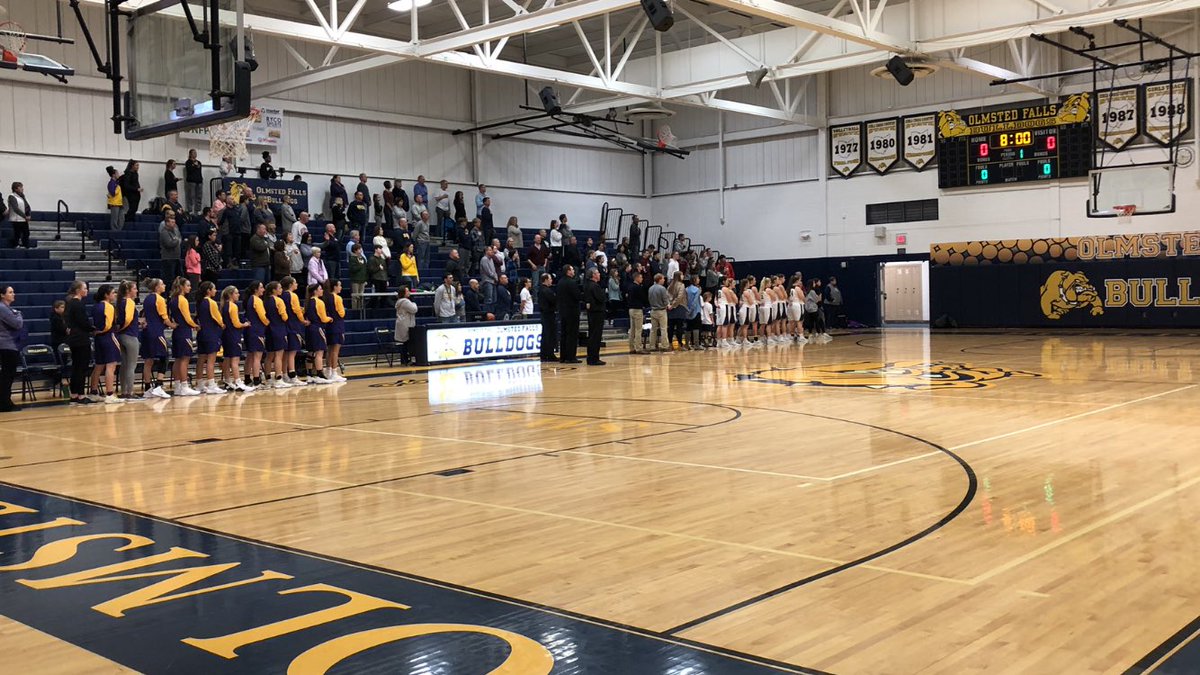 Helped out by a fast start in the first quarter in which they led 19-12, the Olmsted Falls Bulldogs won a key Southwestern Conference matchup on Friday night, topping the Amherst Comets 69-43.

The victory puts the Bulldogs at 7-1 overall on the season, and they are now 4-1 in SWC play.

Amherst drops to 0-7 overall, 0-4 in conference play with the loss on the season.

The Comets were led in the setback at junior small forward Christian Pfeiffer who had 15 points. Sophomore Ty Weatherspoon scored seven points for Amherst.

Olmsted Falls got a big night from 6-1 senior point guard Eric Hanna, who led the Bulldogs with 22 points in the victory.

After going up seven after one period, the Bulldogs outscored the Comets 11-6 in the second quarter to take a 30-18 lead at the half.

The second half saw the Bulldogs continue to put on the pressure, as the two teams combined for 36 third quarter points, with the Bulldogs scoring 19 to the Comets 17 to take a 49-35 lead after three quarters.

A 20-8 fourth quarter put the game away for Olmsted Falls, who not only got a solid night from Hanna but also got 17 from senior forward Gavin Dietrich, and senior Braden Galaska added 12.

The showcase for the games at EC will start at 3:30pm.

Amherst will host Avon Lake at home on Tuesday night at 7:30pm.

Congratulations to the Boys Basketball team on their victory this evening. Next up: Sat. January 5th at Elyria Catholic HS vs Brunswick at 8:45pm. Bulldog Fans are reminded that this showcase has four games scheduled beginning at 3:30pm and all tickets are $12 for each spectator. pic.twitter.com/Owv3JBriAG