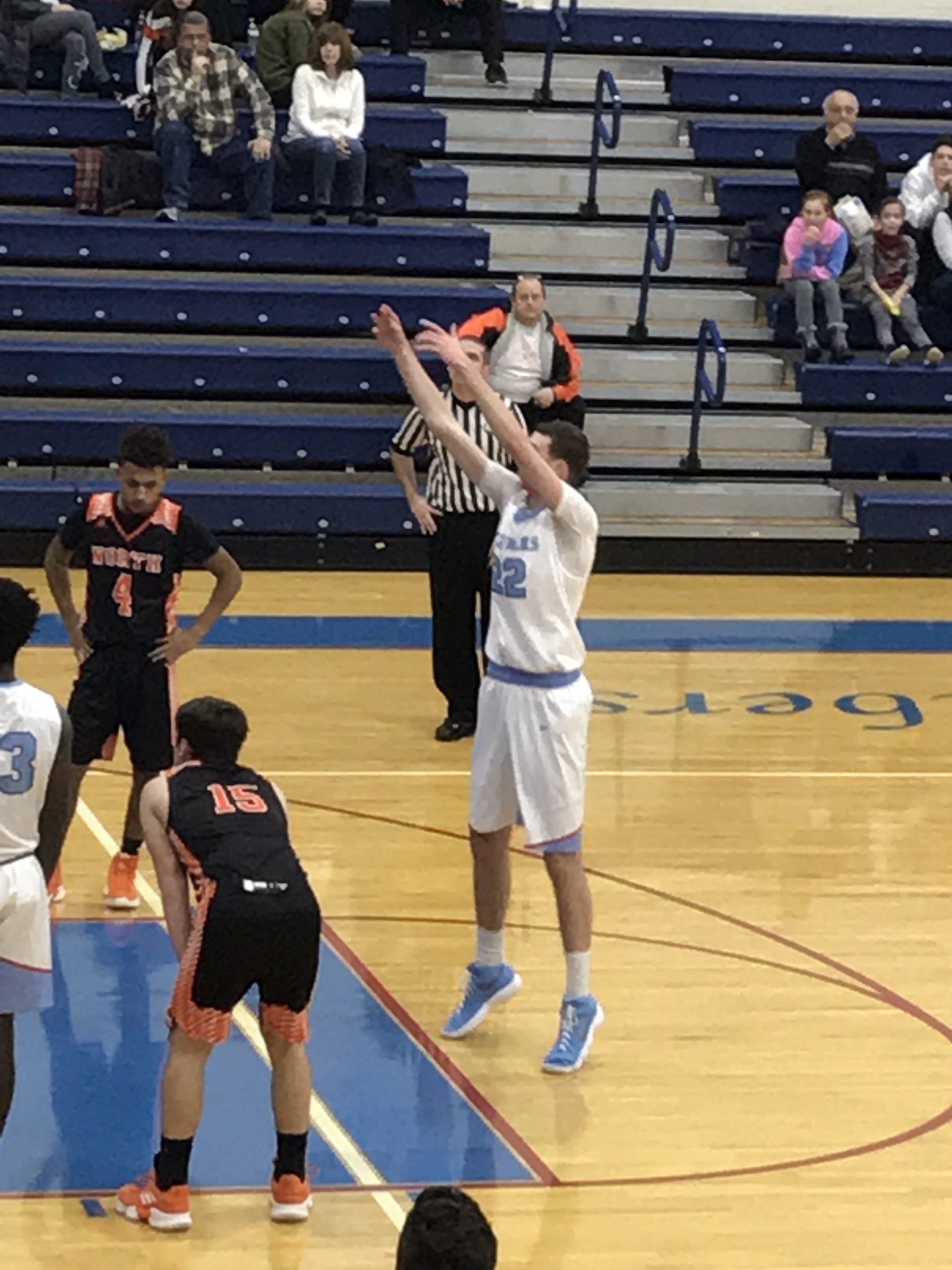 CHAGRIN FALLS, OHIO – The Kenston Bombers improved to 5-4 overall and 4-1 in the WRC with a win over Eastlake North Friday night 74-54.

The Bombers jumped out to a 12-2 lead after six minutes of play and never gave up the lead, completing a wire-to-wire victory. The team was led by Senior big man Ryan Long, who went for 18 points, two blocks, and a wide range of unselfish assists to many different teammates.

The Eastlake North Rangers were led by Brian Skolny with 16, and were helped along by Aaron Broja who went for 11. Many points from the Ranger’s squad came in part to second-chance opportunities, especially early on when Kenston was out-rebounded in the paint.

The Rangers capitalized on a lethargic start to the second quarter from Kenston by pulling within two points of the Bombers. They were led mostly by Skolny and Mikey Duleba who went for seven and six points respectively in the first half.

Kenston, meanwhile used their talent at the charity stripe to fend off any come back leading up to halftime. Javion Middleton, Branson Stanley, and Noah Gabel made sure the Ranger defense paid for the plethora of fouls they handed out.

Coming out of the half, Kenston took off and basically sealed the game in the third quarter, as they finished up 54-38 after 24 minutes of play.

Junior Cameron Proctor, the newly promoted freshmen from junior varsity, kept the game physical despite the score with many hard-fought rebounds and steals in the paint, making it difficult for the Bombers to have anything fall that wasn’t behind the arc.

To counter Proctor’s hustle down low, Senior forward Blaise Gorski stepped up for the Bombers and bullied his way to many rebounds, most of which were offensive rebounds that led to a Kenston score.

Eastlake was simply outmatched by the Bombers both in size and in skill, which accounts for the aspect of Kenston leading the entirety of the ballgame.

Kenston is now back on the winning side of things and faces off next against University Schools at home on Tuesday.

Eastlake North, meanwhile, drops to 3-7 overall after their third straight loss and collects their fourth WRC loss this season. The Rangers play at home against St. Martin de Porres for their next game on Tuesday the 8th.