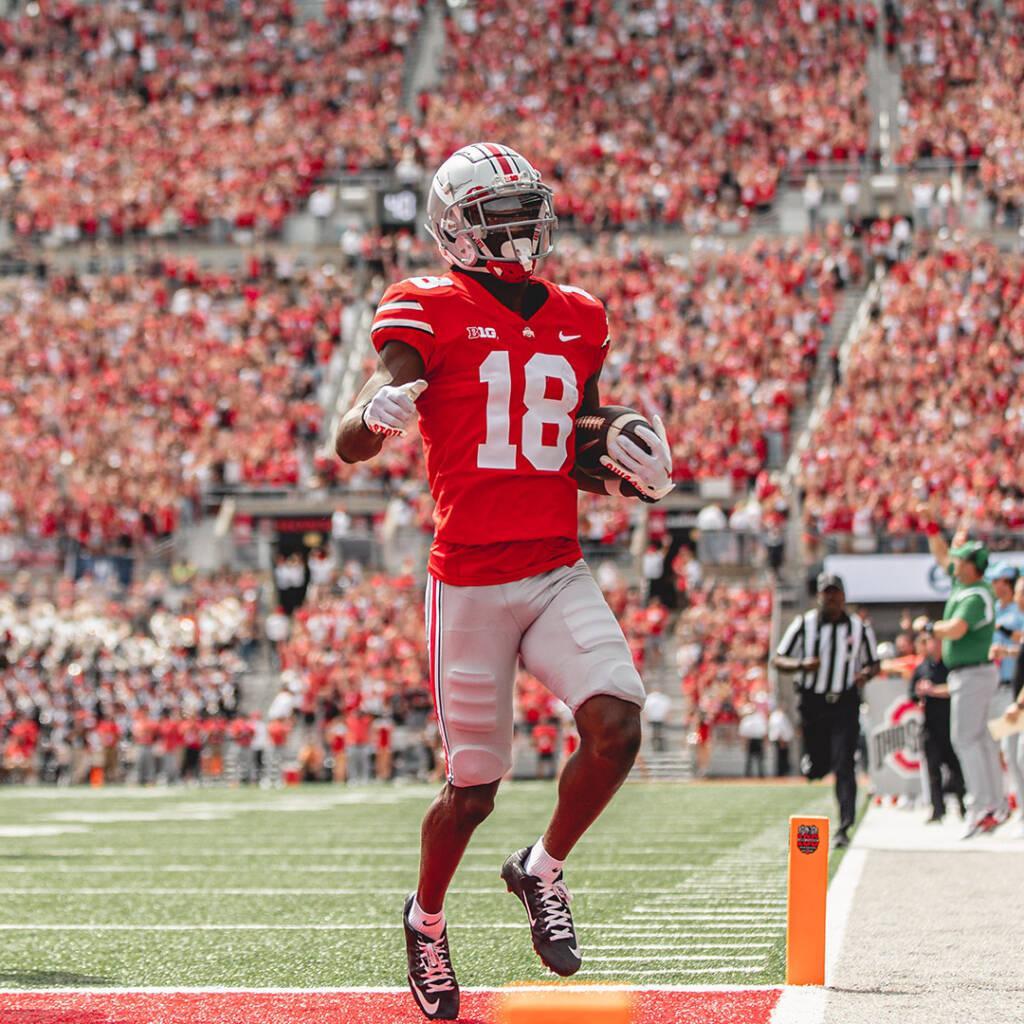 The sophomore from Philadelphia and St. Joseph’s Prep has had a spectacular year of route running, blocking, terrific catches and big catches, and he is one of three finalists for the Biletnikoff Award. He is the only Biletnikoff finalist with a teammate that also has at least 1,000 receiving yards. He is also the only finalist who has a teammate with at least nine TD receptions and at least 65 additional catches, such as what classmate Emeka Egbuka has produced.

Harrison, who is vying to become Ohio State’s first Biletnikoff Award winner since 1995, has simply been outstanding this year:

–        He had three TD receptions twice this year and is first Big Ten receiver to do so three times in a career;

–        He has a teammate, Emeka Egbuka, who ranks in the national Top 20 in both TD receptions and yards.