Baker Balks at Reporter’s Question During Interview; Walks Out After Exchange 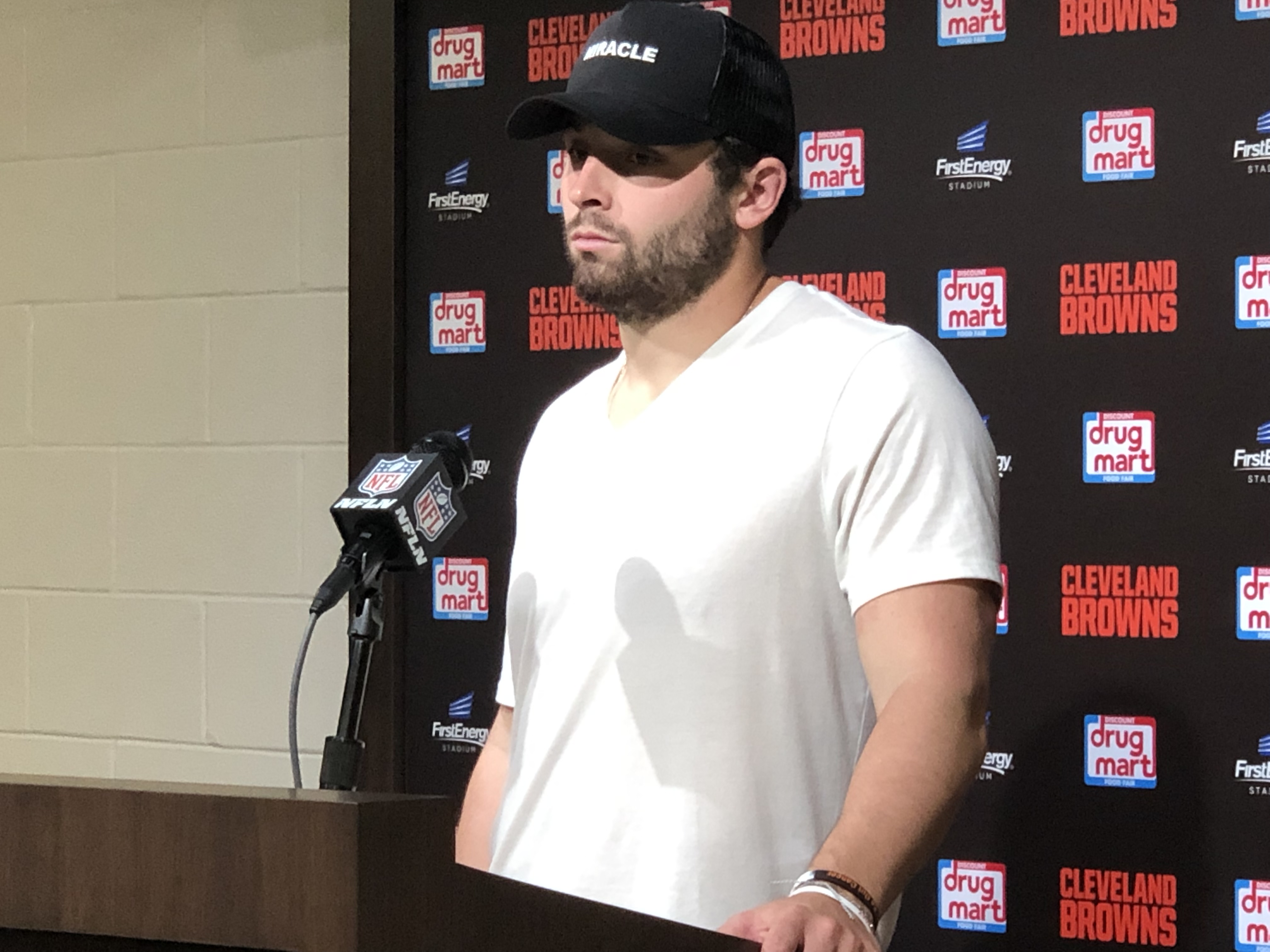 Browns franchise quarterback Baker Mayfied was (in his opinion) pushed a little too far Wednesday by long time Browns reporter Tony Grossi, resulting in the quarterback walking out his weekly Q&A with the media.

The video of the exchange between Mayfield and Grossi can be seen below. The question had to do with the Browns last drive of the half and the sense of urgency the team showed.

The Baker Mayfield meltdown is officially under way in Cleveland. pic.twitter.com/hZ6Kbg1Cwm

If you couldn’t make out what Grossi was asking or what Baker said, here’s the transcript:

“Stop saying but,” Mayfield told Grossi. “I just told you the clock was running and we had a penalty. You want to give them the ball back? No. You don’t play, you don’t know. That’s just plain and simple.”

Grossi asked, “Were you happy with that drive?”

“Was I happy with the drive? No, we didn’t score points,” Mayfield said. “That’s the dumbest question you could ask. What? Jesus, Tony.”

say that I’ve gotten complacent. My sense of urgency is at an all time high. And if I offend anybody along the way… that’s too bad

Mayfield has had issues with Grossi for some time, so this type of exchange isn’t all that surprising, but of course for a 2-5 football team with issues all over the place, it’s certainly not a good look.