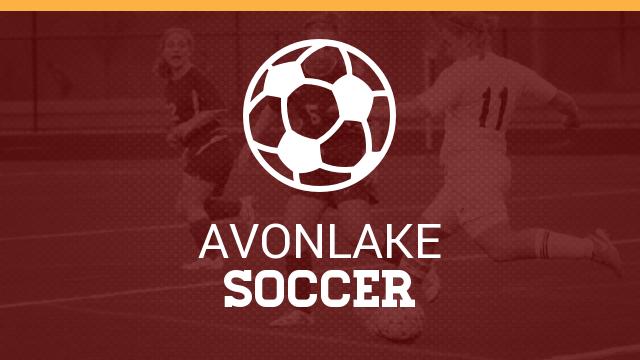 Our coverage of Avon Lake Fall Season athletics would not be possible without our proud sponsors at Crystalina’s Pizzeria.  You can visit them here http://crystalinaspizzeria.com/#

Today the Shoremen went to Nike park to take on Normandy. The Shoremen came to play today and dominated the possession from the beginning of the game to the end.

The Shoremen created many chances on goal and in the 36th minute Sophomore Drew Del Giuduice received the ball with his back to the goal, flicked it with the outside of his right foot and nutmegged the defender. He rolled off the defender, took a touch and smashed a hard right-footed shot on goal.

The goal keeper made a great save on the shot but couldn’t handle it and Junior Edison Lemanowicz finished it on goal, his 7th goal of the season. The Shoremen were up 1-0 at half.

The second half was much like the first in terms of Shoremen domination. The offense was controlled by Senior Jack Lawniczak, moving the ball forward to create chances on goal and taking multiple shots himself, just missing with shots off the crossbar.

The second goal came in the 76th minute when Senior Carter Chippi cleared a long ball into the box that was received by Senior Charlie Youngvirt on the outside. Youngvirt cut to the middle and slotted the ball past the keeper on the near post. This was Youngvirt’s 5th goal of the season.

In all, the Shoremen had 30 shots on goal to Normandy’s 5. A strong defensive effort from the back line of Seniors Carter Chippi, Austin Baraona and Aidan Flinn, Juniors Joey Caputo and Andrew Jacobson, and Sophomore Derek Stepak kept Normandy off the board.

Baraona was the anchor of the defense in this win against Normandy. Sophomore keeper Stephen Jones earned the Shoremen’s 4th shutout of the season.

The Shoremen JV team were victorious as well, defeating Normandy 10-0. Two Freshmen players, Logan Allemeier and Zach Ramsey, each had hat tricks in the game to lead the team to victory.

Next up for the Shoremen are the SWC Conference leaders Olmsted Falls Bulldogs on Wednesday at Avon Lake Memorial Field at 7pm.

Story supplied to NEOSI by the Avon Lake VNN network and Pete Klepek.