There are many reasons the Avon Lake Shoremen have gone 8-0 to start the season. Perhaps one of the biggest reasons has been the outstanding play of running back Konnor Riggs. He continues to average well over 100 yards each and every time out, and has had one of the best seasons in recent SWC history.

It was no surprise that he had a huge effort this past Friday against Berea-Midpark in which Riggs ran for 224 yards on 32 carries and had three big touchdowns to clinch the game. Riggs had a huge second half and led the Shoremen to the crucial win. That performance has earned him the Week Eight “Jenny’s Old Fashioned Popcorn” player of the week.

Riggs had this to say about not only his performance, but the outstanding effort of the entire team,
“This year, the team and I really bought into working hard in the weight room as well as becoming quicker and more explosive. My teammates have been the core to the success of the team this year.

Defense has been playing with relentless effort. On offense the line has been working their butts off every week to open up holes for me and Jack. The wide receivers have been doing a great job of making plays and expanding the opposing defenses.”

Riggs and the Shoremen have been rolling all season, with big wins over good teams such as Amherst, Berea-Midpark and great teams such as Avon. This upcoming week they have their last big test before the playoff run begins as they travel to 6-2 Olmsted Falls.

The Bulldogs feature another one of the SWC’s best rushing attacks with their three headed monster of Jack Spellacy, Michael Howard and Teddy Grendzynski. The game is this Friday night at 7pm and will have the entire states attention on it.

You can visit our sponsor Jenny’s Old Fashioned Popcorn at https://www.jennyspopcorn.com/ 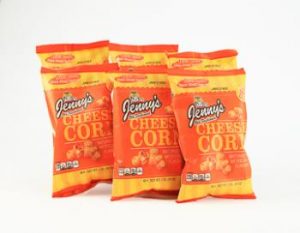