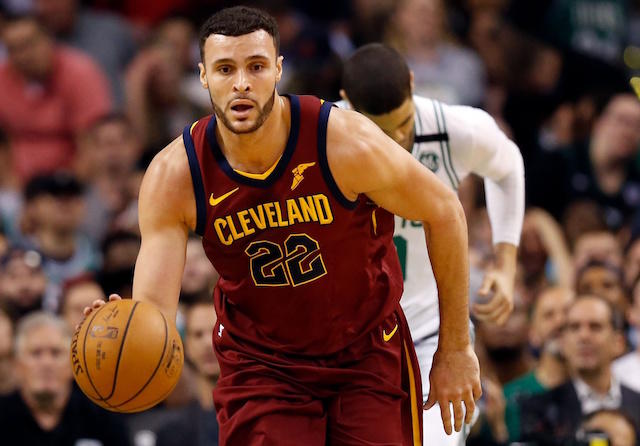 According to Yahoo Sports’ Chris Haynes, the Cleveland Cavaliers and center Larry Nance Jr. have come to terms on a four-year, $45 million extension. The announcement comes on the day of the deadline for players to sign their rookie scale contract extension.

Nance Jr. averaged 8.7 points, 6.8 rebounds, 1.2 assists, 1.3 steals and 0.6 blocks in 21.5 minutes per game last season. An extremely explosive albeit slightly undersized center, he’s shown an ability to be dynamic on both ends of the court.

The Cavaliers view him as a franchise cornerstone and for good reason.

On offense, Nance Jr. has often been utilized as a rim-runner but has shown the ability to knock down midrange jumpers as well. Over the summer, he worked on his ball-handling and that’s been on display with his play in the open court during the preseason.

Defensively, Nance Jr. takes after his father, Larry Nance. Nance was a three-time All-Defensive team selection in his 13-year career and, like his father, Nance is an instinctual defender who uses his length to make plays in passing lanes and the interior.

His father’s number 22 jersey was retired by Cleveland shortly after the 1993-1994 season. He spent more than six seasons with the Cavaliers.

The hope for Nance Jr. is to spend the rest of his career with Cleveland. Born and raised in Ohio, Nance Jr. finds a comfort in being in Northeast Ohio, playing for the team that his father starred for and helping the team he grew up watching take a journey into the unknown. The city of Cleveland, and the rest of Ohio, have been glad to have him.