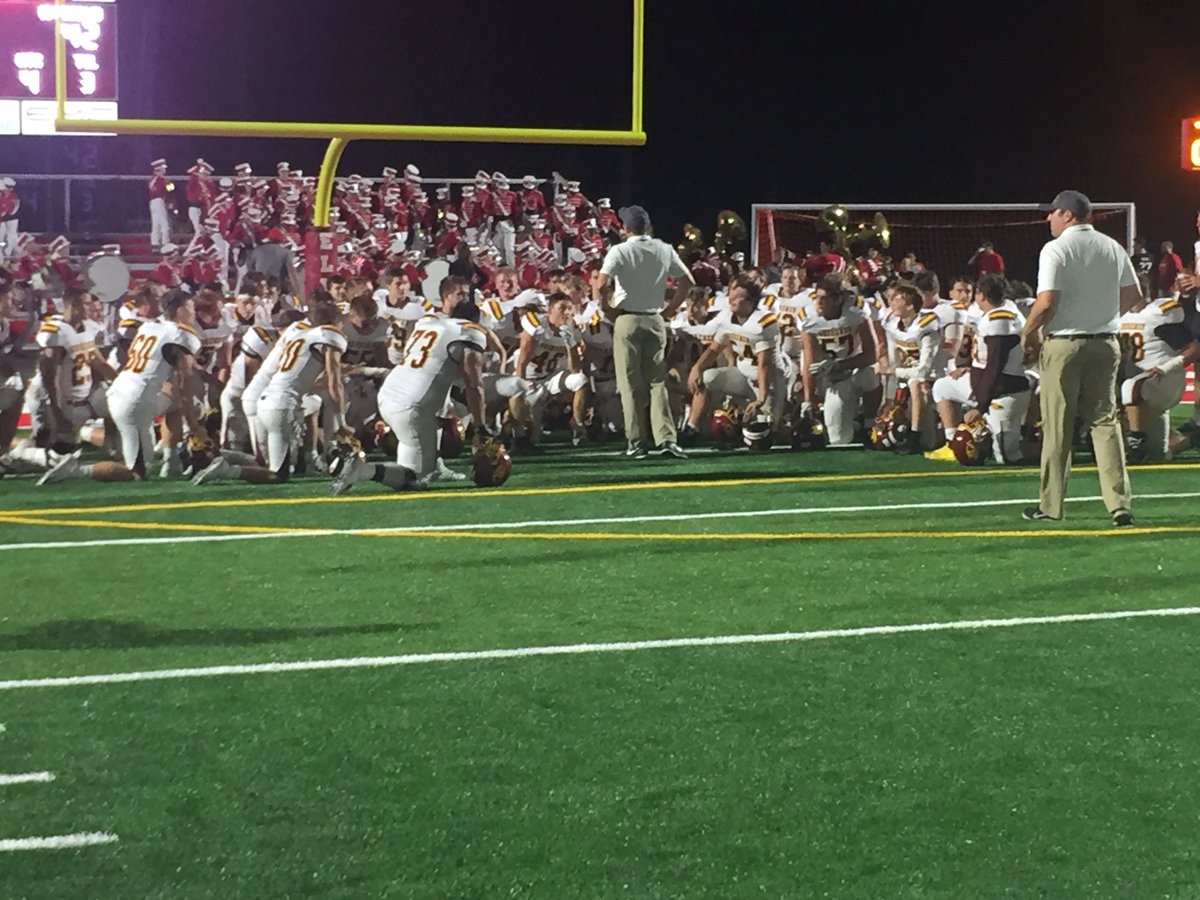 This game recap is brought to you by b.a. Sweetie Candy Company, the largest candy company in the world! Find them here.

Thousands packed the new Ely Stadium in Elyria Friday night to get a glimpse of the new-look Pioneers and the jewel of a new stadium.

Excitement ran wild, there was an electricity in the air that is only felt when you see something for the first time.

Someone, however, forgot to tell the Avon Lake Shoremen.

The vastly improved and very experienced Shoremen crashed the party and rumbled past the Pioneers, 42-15 in a very impressive start to the 2018 campaign.

Avon Lake was led by returning thousand yard rusher senior Connor Riggs,who had 23 carries for 125 yards and two touchdowns, and a very safe but effective passing game behind the arm of senior quarterback Jack Mikolich.

The capacity crowd, energized from the start, was quieted almost instantly as the Shoremen took the opening kickoff and marched impressively 68 yards in nine plays with fullback Matt Sanders blasting in from 2 yards out.

On the ensuing possession Avon Lake’s Zak Kovacs picked up a fumble at the Pioneer 30 and ran 15 yards to set up the Shoremen inside the Elyria 20. Riggs scores from 15 yards on the very next play. The next Elyria possession went three-and-out but the punt was blocked by Christian Cabot and Avon Lake was set up again, this time on the Pioneer 27.

Mikolich capped off that drive with an 8-yard pass to wide receiver Cole Schraff, and the Shoremen led 21-0 after one quarter and the rout was on.

The second quarter mirrored the first, with Avon Lake running at will and the stout Shoremen defense putting the clamps in the Pioneer offense. After another blocked punt, this one by Kovacs, Riggs punched it in from 10 yards bringing the halftime lead to 28-0 for the Shoremen.

This, however, was a night for the Elyria faithful. The sense of civic pride overcame what was happening on the field. Ely Stadium is a crown jewel. A place that when it is fully completed will be a sports facility unmatched anywhere in the area. But tonight they stayed, it was a refreshing sense of togetherness, city and team.

The outcome of the game was already pretty much in hand but the Pioneers weren’t without a few highlight plays themselves in the second half.

After an 11-play drive by Avon Lake to start the third and make the score 35-0 (and by OHSAA rules, force a running clock) the Pioneers struck when quarterback Jermele Nolen hit running back Adaveon Drummer with a bubble screen and he dashed 85 yards down the right sideline to score the first Elyria points in the new stadium.

The Pioneer defense held Avon Lake on the next possession and Ty Allgood blocked the Shoremen punt and fell on it in the end zone. After the 2 point conversion the score was 35-15.

Avon Lake quickly ran their starters back in and put the nail in the coffin with the final score of the night.

Avon Lake comes home next Friday night for their home season opener against North Olmsted, while the Elyria squad will travel to meet the Bearcats of Bedford.