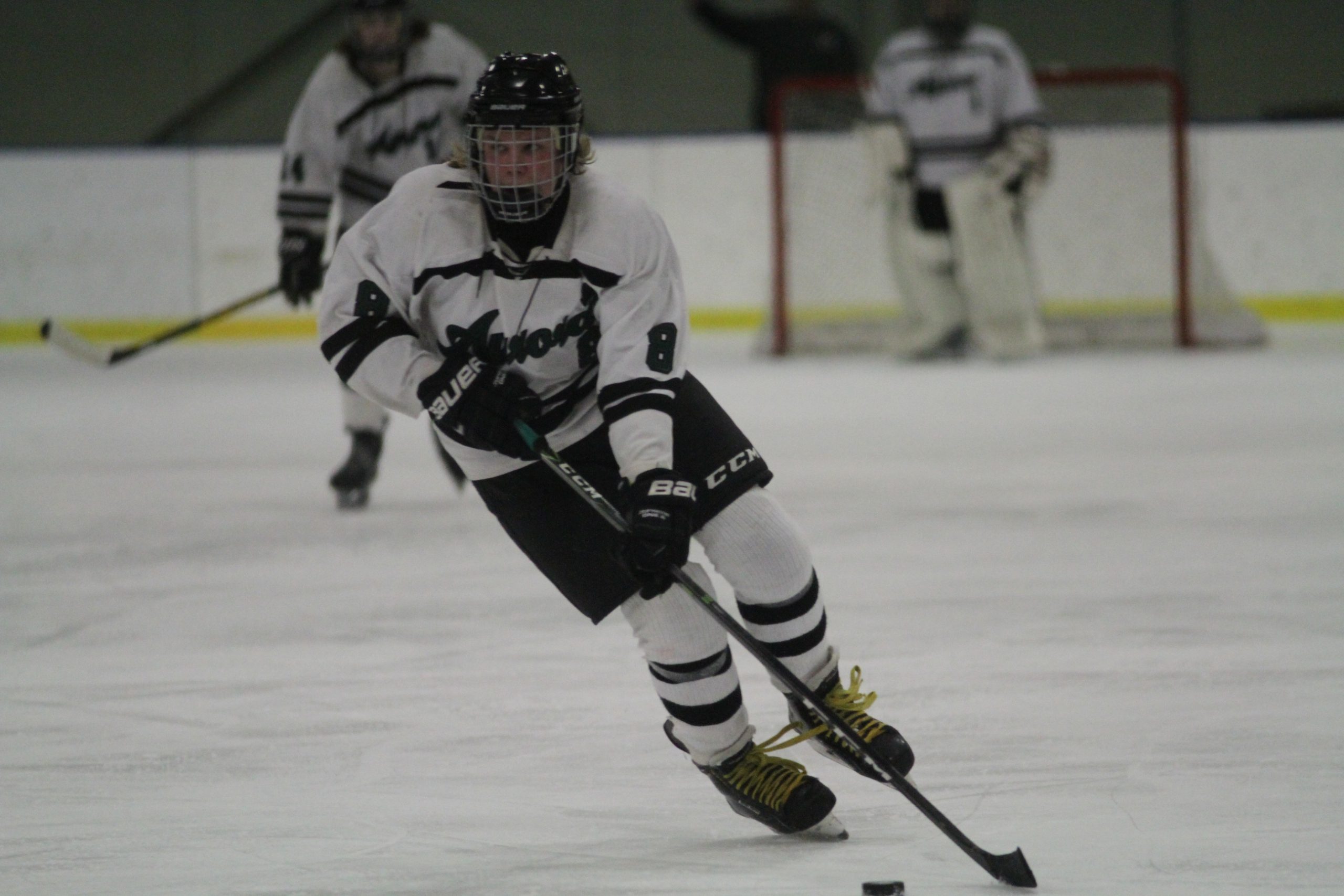 The Aurora Greenmen improved to 4-3-0 Friday night as they skated to a 9-1 victory over the NDCL Lions at The Pond.

Cameron Mullin and Mike Mancine both had hat tricks for the Greenmen, who sit in fourth place in the Blue North division of the GCHSHL.

Mullin not only netted three goals, but also collected three assists in the win. In seven games Mullin has 13 goals and 12 assists on the season.

He also put up a hat trick in the Greenmen’s opener in a win over Brecksville back on November 18th.

It was the first hat trick of the season for Mancine, who had scored just two goals in Aurora’s other six games this season.

Aurora forward Jack McElwee helped the Greenmen cause with three assists in the victory. He’s now put up 10 assists this season.

Jordan Smith collected the win in net for the Greenmen, as he stopped five Lions shots in the win. Nolan Sullivan played 30 minutes in net for Aurora, pushing aside six of seven shots.

Matt Antczak took the loss for the Lions in net, as NDCL dropped with the loss to 0-6-0 on the season. Antczak saved 32 of 41 shots on net.

The only NDCL goal went to Lions defensemen Alex Steen, who has now scored at least one goal in all four games he’s played in this season for NDCL.

NDCL forward Justin Cipollone got the assist on the Lions goal in the setback.

The next matchup for the Lions will come on Saturday against the 5-0-0 CVCA Royals in Kent at 6:30pm.

The Greenmen will have another matchup with the Parma Redmen, their second of the season, coming up on January 6th at The Pond at 6:20pm.