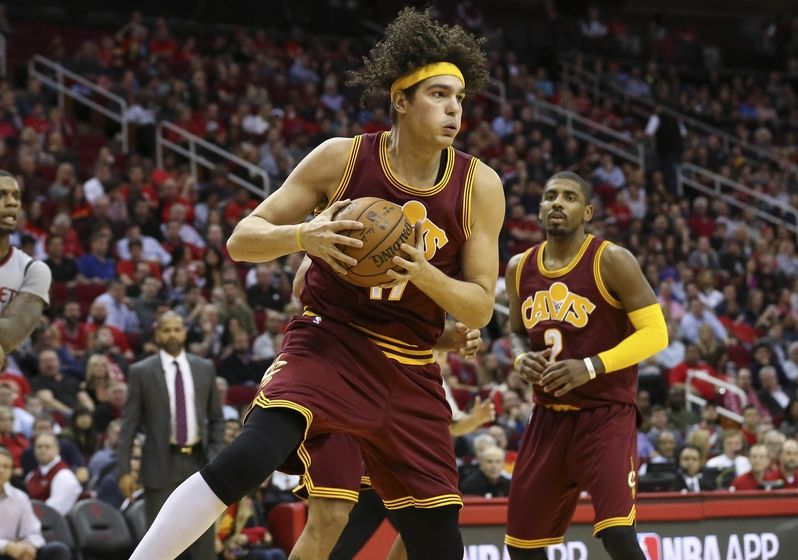 Anderson Varejao spent 12 seasons as a Cavalier before being traded Thursday. He took time to write a “Thank You” letter to Cavs fans… Here it is:

For the last 12 years, I have had the honor of representing the city of Cleveland and the Cavaliers organization, and for that I will forever be grateful. Coming over from Spain at the young age of 21 was not easy, but as soon as I put on a Cavs jersey and stepped on the court, I felt at home.

There were seasons we played well together, and there were seasons we struggled together. We had playoff runs, and we had championship runs. Over the last 12 seasons we have had many ups and downs, but no matter the product on the court one thing never changed… The unwavering support from all of you, the fans.

Whether you were watching on TV, listening on the radio, or in the Q screaming at the top of your lungs, we felt your energy and support. Cleveland fans are simply the best.

There is nothing like walking on the streets on a freezing cold day and hearing fans scream your name, then stopping to talk to those same fans. There is nothing like looking into the crowd at the Q and seeing over 20,000 people wearing wigs to match your hair. Those are feelings I will cherish for the rest of my life and never forget.

In a similar way to how Brazil holds a special place in my heart, Cleveland has also become a part of me. I consider everyone in the organization as family – from ownership, the entire front office, all of the coaches I have had over the years, and every single employee from top to bottom – thank you.

The city of Cleveland is truly a special place.

I have seen players and coaches come and go, but through it all I have always known Cleveland is where I want to retire. But life doesn’t always work the way you want it to, and at the end of the day, the saying “this is a business” is unfortunately true.

So with that, I say goodbye. But more importantly, I say thank you. Thank you for your support. Thank you for coming out every night whether we were winning or losing. And thank you for giving me the best 12 years of my life.

Home is where the heart is, and my heart will forever be in Cleveland.