An Amazing Possum Made His Debut During The Cleveland Browns Win 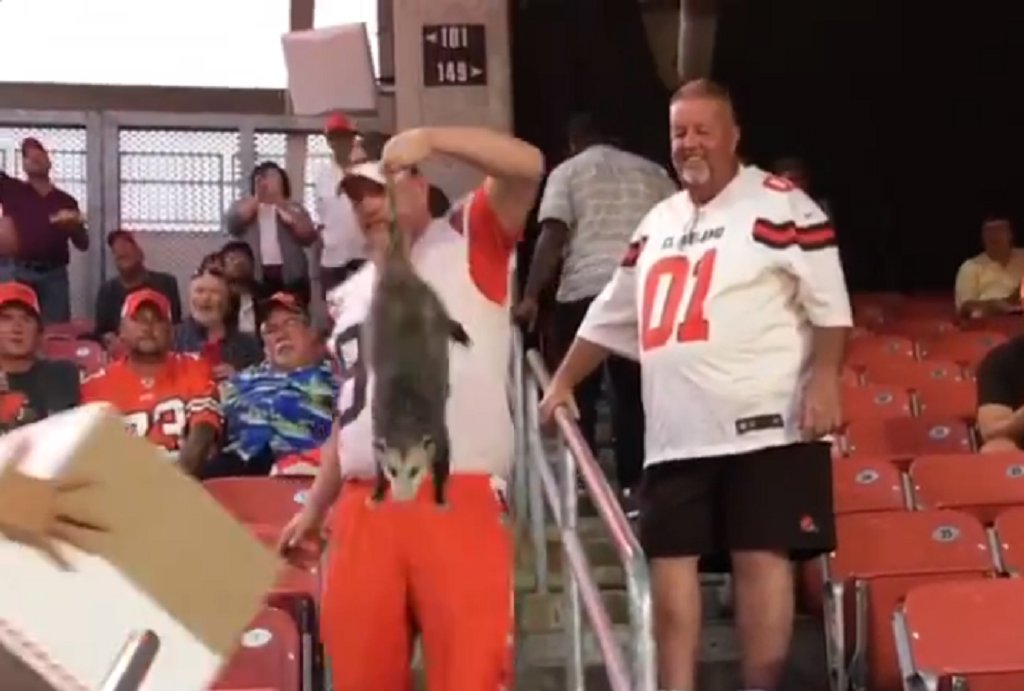 CLEVELAND – Twitter went abuzz with tweets about live possum roaming the stands at First Energy Stadium early in the Browns eventual 21-17 win over the Jets.

Turns out the hoopla about the possum was not only real, but a fan went and GRABBED IT BY ITS TAIL for all to see before they put it in a box and it was escorted away.

Don’t believe it – here’s the video:

That possum needs to be at every Browns game from now on.
(Also Baker Mayfield) pic.twitter.com/J41uogMc8W

Browns Win and Guess Whose Back – Shirtless JR Smith
Browns take down the Jets 21-17 for first win since 2016: 5 Takeaways