Amherst and Lakewood will face off tomorrow to begin SWC play 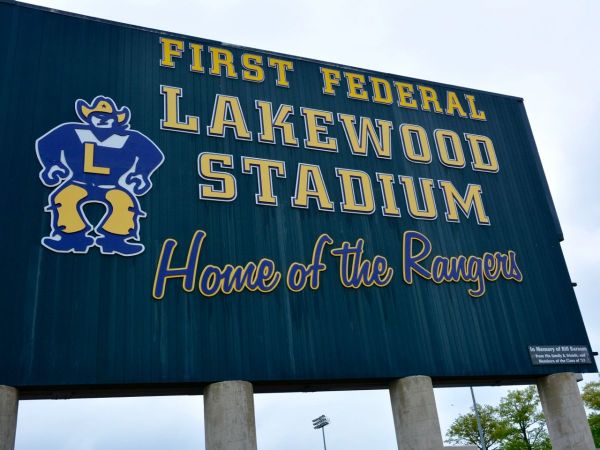 LAKEWOOD, OHIO– Tomorrow night, the Amherst Comets and Lakewood Rangers will face off in the first conference game for both teams.

Lakewood will look to get their first win of the year, after falling to the Medina Bees last Friday, 30-14. Lakewood struggled early and often and was shutout for the first three quarters.

The Comets will look to roll to their second straight win. Last week, Amherst defeated Clearview 41-6, thanks to a high-octane offensive run game led by junior running back Khennedy Scagliozzo.

Scagliozzo finished the game with 183 yards and four touchdowns on 22 carries.

“Once we were able to establish some things up front with our offensive line, we were able to see what Khennedy is capable of, and he’s a special football player,” Amherst head coach Mike Passerrello told NEOSI after last Friday’s game.

Expect a lot more running from Amherst this week, and Scagliozzo specifically. In order to stifle the Comets, Lakeview will need to rely on their defense wearing down Amherst’s offensive line if they want to walk away with the “W”.

The Southwestern Conference is always a tough one, so be sure to check back with NEOSI for scores from around the league on Friday.

Trailer Released for ‘Akron Holy War’ Documentary on HS Football Battles Between SVSM and Archbishop Hoban
Watch and Listen LIVE As Lincoln-West and Normandy Do Battle to Start Week 2 of HS Football Tonight!