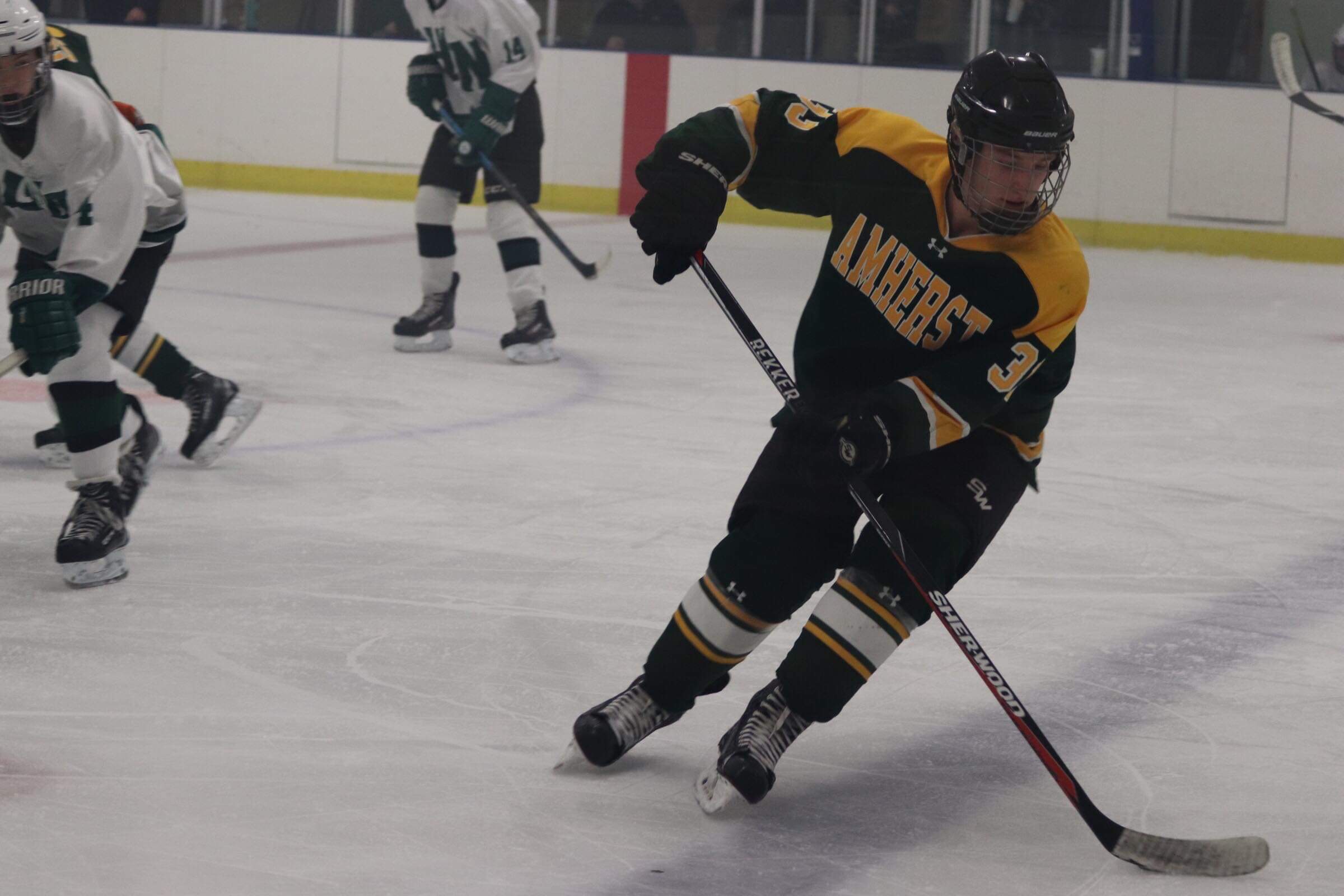 The Amherst Comets improved to 14-2 on the season Friday, as they scored four goals each in the first two periods in topping the Holy Name Green Wave JV team 10-1.

The Holy Name goal with 4:08 to play in the first period that drew the Green Wave to 4-1 went to Seth Duncan, with Brendan Kochtanek and Jacob Nevits collecting assists.

A pair of goals by Jacob Kramer in the second finished the period with the Comets leading the game 8-1.

Fekete and Kramer wrapped up the victory by each scoring in the third period to make it a 10-1 game.

Green Wave goalie Brendan Greller came in and pushed aside seven of 12 shots he faced.