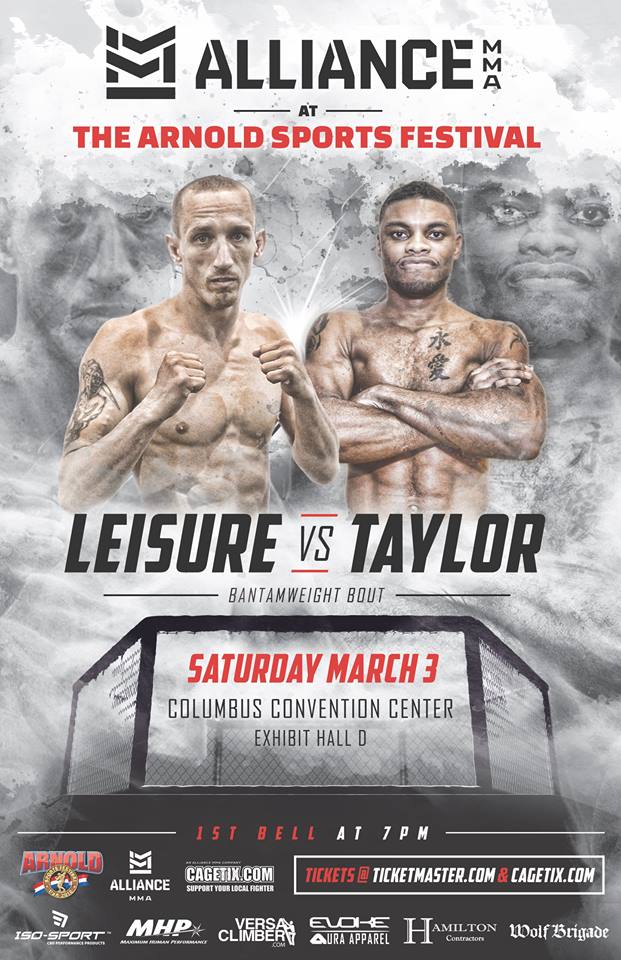 Two very talented bantamweights will go at it March 3rd in the middle of the Alliance MMA cage when the man with the best entrance Tray Taylor takes on the former Iron Tiger champion and local crowd favorite Alfred Leisure.

Alfred is coming off his very first career lost, last December at IT 73 but looks to get back to his winning ways. Alfred will come in the fight with the better record but he isn’t taken his opp lightly. With the Columbus crowd behind him he will step in the cage as a 36 year old man to prove his last fight was a fluke.

There will be one man in his way to stop him from getting that win and that is 20 fight veteran Tray Taylor. Tray has had a hot streak lately winning 3 in a row and 4 out of his last 5 fights only losing to current IT bantamweight champion Rell Hodge (same opponent that Alfred lost to). If you have ever seen Taylor fight you know two things, he has a high energy walk out you don’t want to miss and he brings it to fight.

This is a fight you will not want to miss and the winner might be the next to get their rematch vs the champ. Grab your tickets today and come be apart of the greatest show in Ohio!

Tickets for Alliance at the Arnold Sports Festival