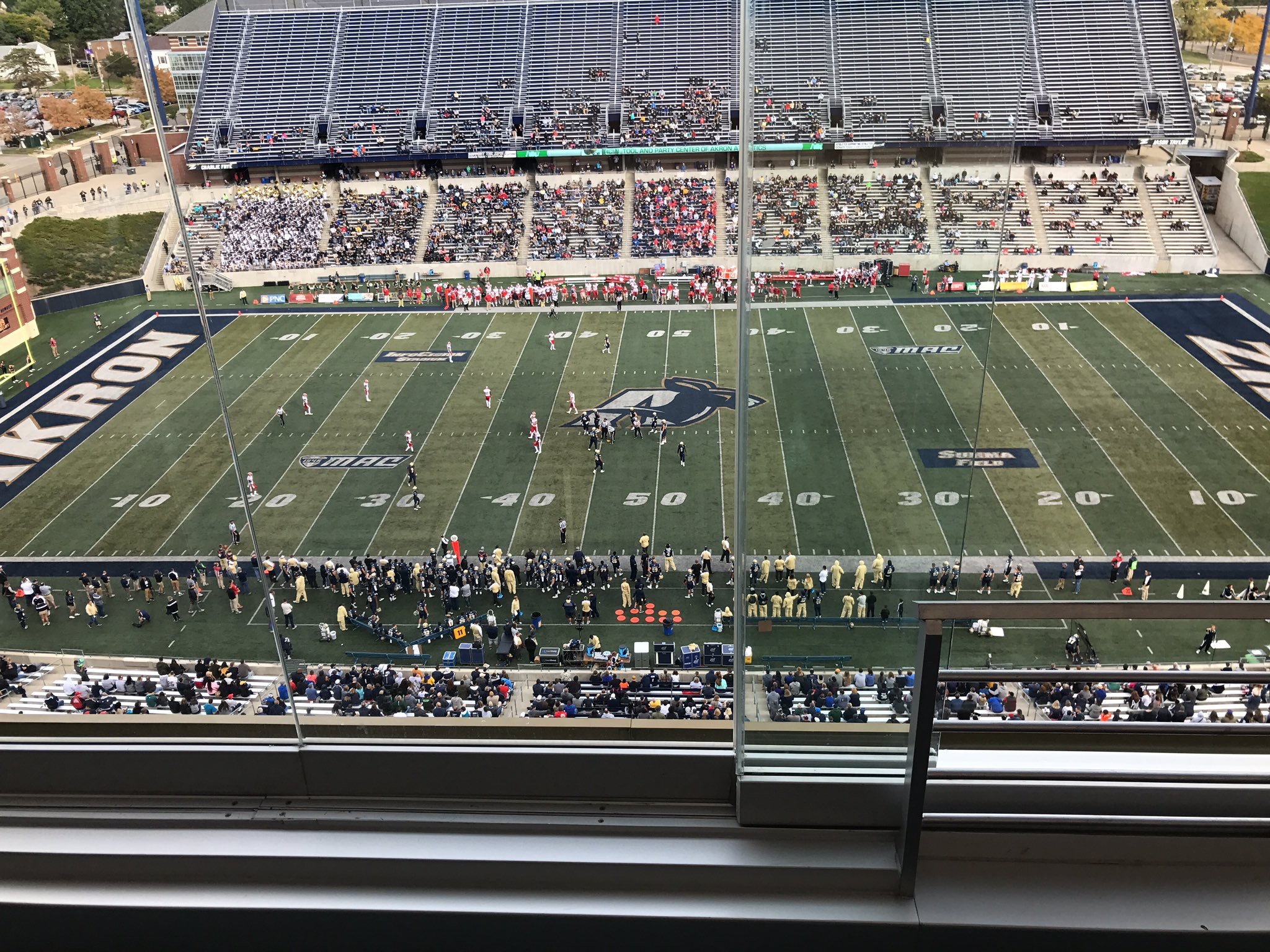 Special to NEOSI by Donte Durham

The Akron Zips try to improve to 2-0 in conference play as they lead against the Miami RedHawks 21-6 at the half.

The Zips are led by QB Tra’Von Chapman for the 2nd week in a row as starter, Thomas Woodson is still recovering from an injury that occurred two weeks ago when the Zips hosted Appalachian State.

Chapman for the 2nd week in a row has the Zips in ‘winning’ position as he has accounted for all three Zips touchdowns in the half.

The first score came off a 70 yard run on a read option that put the Zips ahead 7-3 and they haven’t looked back since.

On their next drive he threw a pretty pass on a skinny slant to wide receiver Austin Wolf to give them a 14-3 lead.

In the 2nd quarter they added to their advantage with a TD pass to JoJo Natson to put the home team ahead 21-3.

Defensively the Zips have been stout when needed. Miami has had some success through the air as true freshman Noah Wezensky has led the RedHawks for the 2nd week in a row.

Wezensky is 10-16 for 114 yards with 0 TDs and Int but they haven’t been able to put the ball in the end zone when they have had the opportunity.

It should be an exciting 2nd half as Miami does have a history of overcoming huge deficits against the Zips, just last year they made a game out of a contest that once saw them down by more than 20 points.

It’s also homecoming day for the Zips as they try to stay perfect and win their 2nd straight in MAC play.

Inside the Lines: Who to Take and Not Take This Weekend in College and Pro Football Action
Akron Zips Win Homecoming Game Over Miami (OH), 35-23