A New Era of Cavaliers Basketball Begins Tonight in Orlando 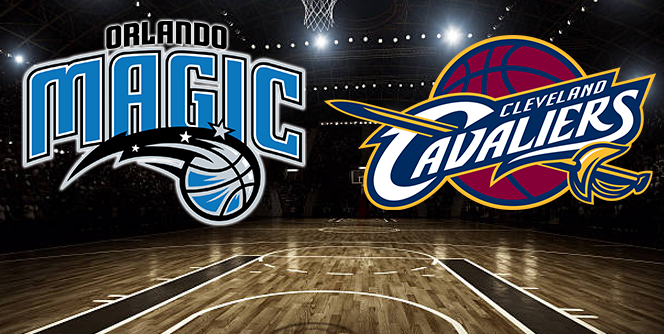 The Cleveland Cavaliers believe in the direction the franchise is headed, and Wednesday night is the first opportunity to grow towards success.

The words “growth” and “success” usually are not used in compliment of one another, except for the 2019-20 Cavaliers, where growth will be the measuring stick of success.

Orlando won 42 games last season and ended a playoff drought dating back to the 2011-12 season. A playoff drought such as that is defiantly something Cleveland hopes to avoid, as they are in the second year of the post LeBron era.

The national media pundits and Las Vegas alike have very low expectations for Cleveland this season. And rightfully so, the Cavs are coming off a season where they had historically bad defensive numbers and only had 19 wins last season.

No one can argue the fact that last season was a difficult one for the organization and fans alike. Last season the Cavaliers were left with a roster that was built around a superstar that left of the West Coast. A flawed roster grouped with a season riddled with injuries, last season was a borderline lost season.

All seemed to be lost in the early stages of the season when then rookie Collin Sexton appeared to be in over his head, so much so some around the team questioned if he belonged.

Fast forward to the end of the season and the Cavaliers once again had optimism. Sexton played as well as any rookie last season down the stretch, giving Cleveland at least one foundation piece to build off of.

Coming into this season the Cavaliers present a roster filled with new guys, as well as a new head coach. Gone are most of the pieces that helped compete for championships, enter in a trio of rookies (Darius Garland, Dylan Windler, and Kevin Porter Jr.) that Cleveland hopes to grow with last years eighth pick, Collin Sexton. The prize of this years rookie class for Cleveland is fourth overall pick, Garland.

While most believed Garland to be one of, if not the top guard in the draft, many questioned the pairing of Garland and Sexton. A model that has worked well for the Portland Trail Blazers, but has failed for so many teams in the past. Cleveland obviously believes in the two guards, so much so they went out and hired a coach who loves playing two guards.

Under coach Beilein the Cavaliers offense is expected play at a much faster and more efficient pace then last years squad, while their counterparts on Wednesday like to play at a slow-and-steady pace.

One of the main reasons Steve Clifford’s squad plays at a slower pace is because the offense runs through, Nikola Vucevic. The Magic big man is one of the better passing bigs in the league, allowing Orlando to deploy multiple looks offensively.

Vucevic is joined by Aaron Gordon and Terrence Ross, the three of them helped lead the Magic to an impressive 22-9 record down the stretch.

Albeit most of the same roster that lost in five games last season to the eventual champion Toronto Raptors, Al-Farouq Aminu should add another playoff-tested wing to the rotation.

Last season these two teams meant three times, with the home team winning all three match-ups by an average of 15.0 points.

Patience is the Biggest Requirement for the 2019 Cleveland Cavaliers
‘Boog and the Young Bull’ will work out just fine in the backcourt, but…