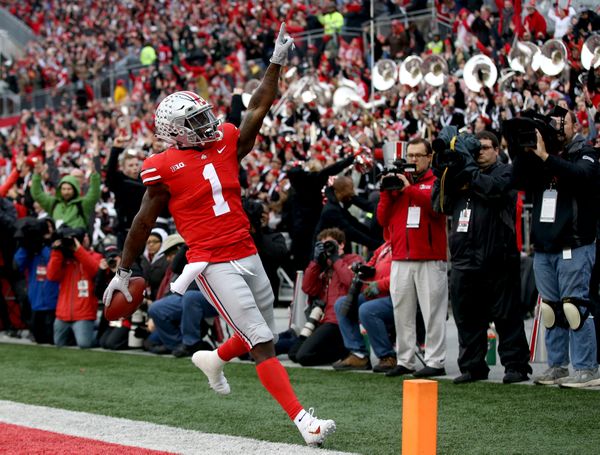 Everyone is getting in on the fun of the biggest route in the history of the Ohio State-Michigan rivalry, with the Buckeyes putting up a whopping 62 points Saturday in their win over the #4 team from up North.

One such person that made a comment is former Cavs, now Lakers star LeBron James, who has always been a huge Ohio State supporter.

After the big win for the Buckeyes, James tweeted out a little trash talk directed at the Wolverines, even going so far as to putting an ‘X’ over the ‘M’ for Michigan and other words with a letter ‘M” in it.

Here’s the tweet, picked up (of course) by ESPN.