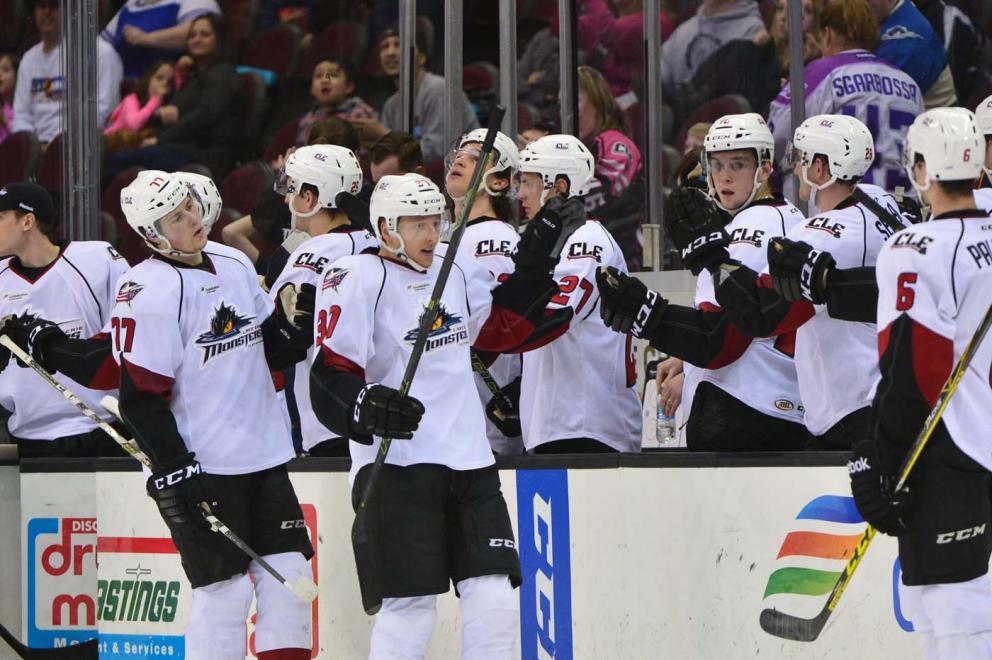 With the Monsters still apart of the playoff picture in fourth place of the central division, right behind their opponent for the night – the Rockford Icehogs, Lake Erie would rely on their home crowd once again as the Monsters entered play 2-4-0-0 vs. the IceHogs overall this season, but won both home matches against Rockford.

It took the Monsters Josh Anderson and Dillon Heatherington only 8 seconds to set up Lukas Sedlak for his 8th goal of the season. However, 69 seconds later, Rockford would answer with a goal from Jonathan Carlsson, his first of the season, assisted by Kyle Baun and Jake Dowell. The Monsters out shot the Icehogs 17-5 in the opening frame.

As for the second, with 7:17 left, Markus Hannikainen would fight off two Rockford defenders in the slot and snuck a short wrister over the right shoulder of Rockford net-minder Mac Carruth to put the Monsters on top 2-1. And then Sonny Milano would score his 9th goal of the season after a beautiful deke move to shake a Rockford defender at the 16:47 minute mark of middle period. Jaime Sifers and Trent Vogelhuber would get the assists to help extend the Lake Erie lead to 2 goals and leave the score 3-1 Monsters going into the last period.

The scoring would continue in the third period, Milano would score his second goal of the night, 10th of the season, from two beautiful feeds from TJ Tynan and Kerby Rychel to put Lake Erie up 4-1. But Rockford would not go quietly, 42 seconds left in the frame, Jake Dowell would shorten the Monsters lead to 2 goals and the game would finish with a final score of 4-2 Monsters thwarting the Icehogs at home once again. Anton Forsberg took the win for Lake Erie with 23 saves on the night. The Monsters take on Rockford again tomorrow night (3/25) for a 7:00 puck drop. Go Monsters!