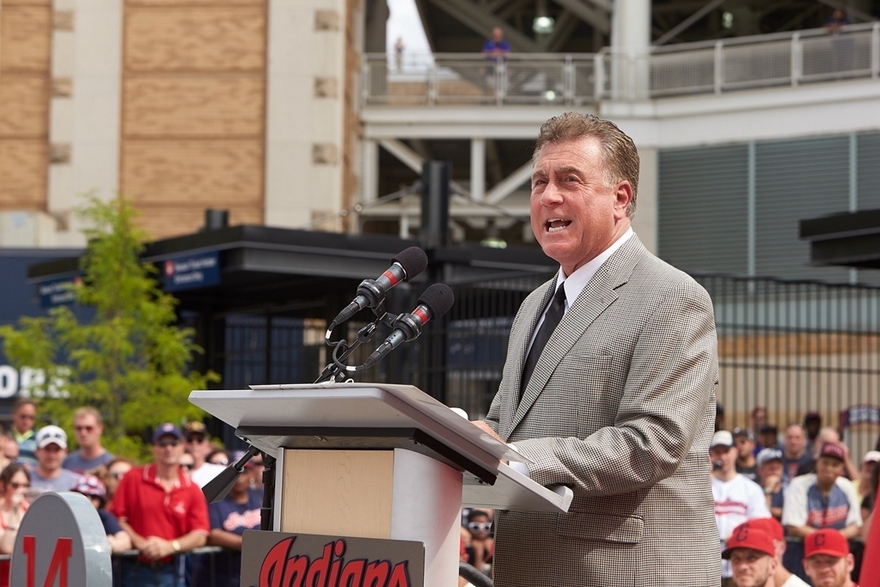 The Indians today announced a multi-year contract extension with the “Voice of the Indians,” Tom Hamilton.

The six-time recipient of the Ohio Sportscaster of the Year Award and recent Press Club of Cleveland Hall of Fame inductee will be entering his 27th season of calling Cleveland Indians Baseball in 2016.

“We are very excited for our fans that Tom Hamilton will continue as the ‘Voice of the Indians’ for multiple years to come,” said Cleveland Indians Sr. VP of Public Affairs BOB DIBIASIO. “Tom is an integral part of our brand as his voice has become synonymous with Indians baseball. His enthusiastic calls and ability to masterfully document the game of baseball on the radio make him one of the best in sports.”

Hamilton was promoted to the top position on the Indians broadcast team in 1998 following the retirement of the legendary Herb Score. In his 26 seasons since 1990, Hamilton has called 69 postseason games for the Tribe from 1994-99, 2001, 2007 and 2013, including all six games of the 1995 World Series and all seven games of the 1997 World Series. He joined the Indians following a three-year stint as a broadcaster for the Class AAA Columbus Clippers (1987-89).

He will continue to be joined in radio broadcast booth by Jim Rosenhaus, who has been Hamilton’s full-time partner for the past four seasons broadcasting games on the Indians Radio Networ