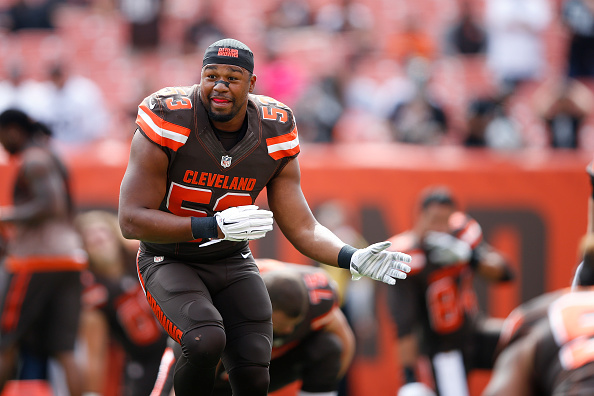 The Browns have reportedly lost another free agent, as New Orleans Saints coach Sean Payton says that his team has added linebacker Craig Robertson to their team, though no deal has been finalized according to ESPN.

Payton made the claim that Robertson is aboard during an interview with WWL Radio.

“When you got Dannell Ellerbe, and you got (Stephone Anthony), and you got a guy like James. And then you add Stupar, and then you add Robertson, those are two other younger players we’ve really seen take in the kicking game,” Payton said in the interview.

Last season with the Browns, Robertson played in 12 games, starting nine, and he recorded 29 tackles, one fumble recovery, and one interception.

He joined the Browns as an undrafted free agent from North Texas in 2011, and has been with the team the last four seasons, starting 37 of 58 games that he’s played in.

The Saints have been busy inking linebackers, as they have also recently added veteran middle linebacker James Laurinaitis and versatile backup Nathan Stupar over the past week to their roster.

Weighing the Good and Bad – Is RGIII to the Browns a Fit?
Video: Browns Owner Says They Did Not Enable the Behavior of Johnny Manziel