Monsters Rush to the Playoffs Slowed in Setback to Moose 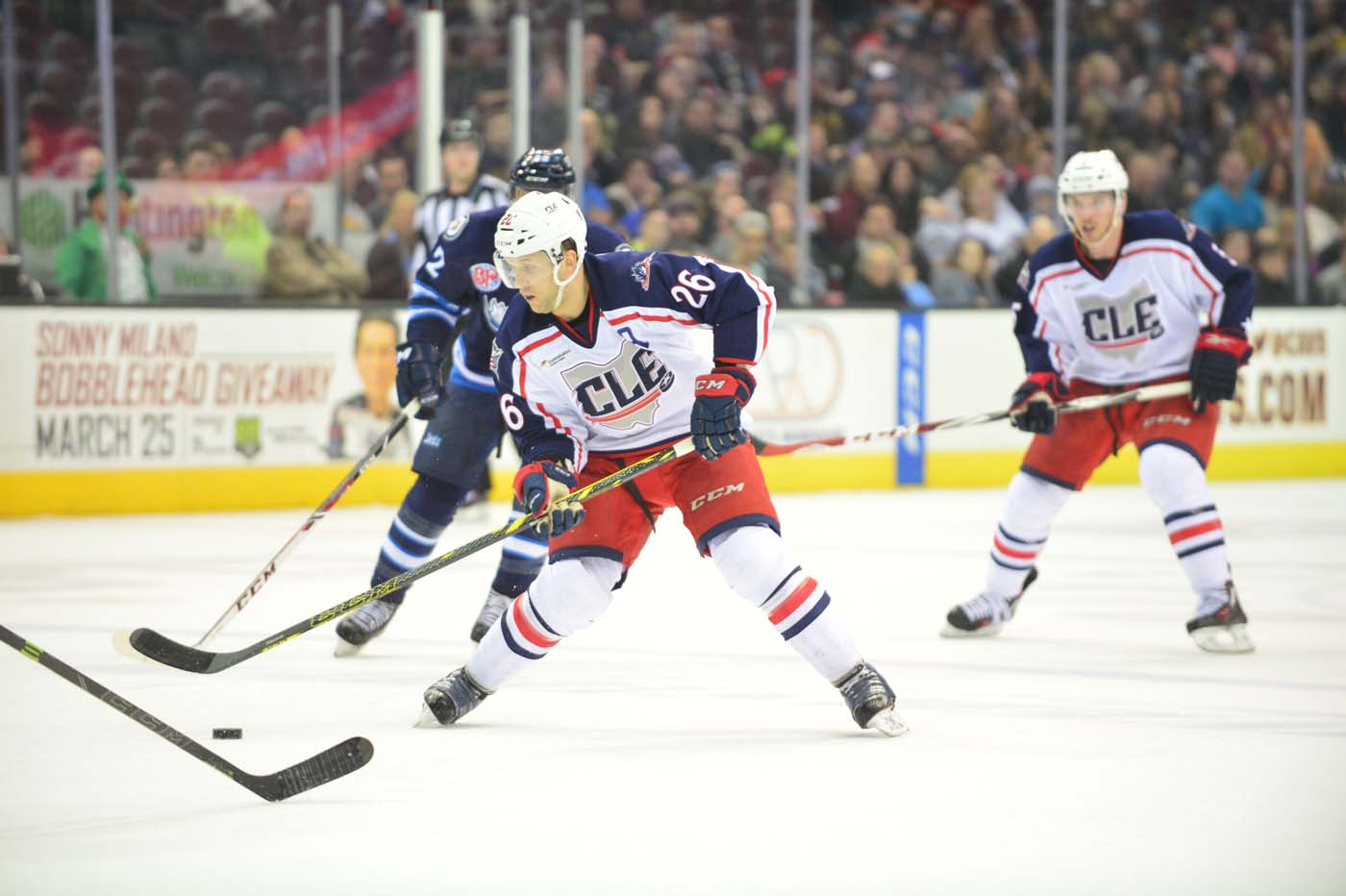 CLEVELAND – The Lake Erie Monsters took to the ice Friday night looking to extend their lead, for fourth place in the AHL Central Division, and the guaranteed playoff spot that come with it. However, the Manitoba Moose had other ideas.

Goaltending was the theme in the Monsters’ 3-0 loss against the Moose. Manitoba second year net minder, Connor Hellebuyck grabbed 36 saves against a Monsters’ offense that had trouble finding their footing in the first game of three in a row at the Q. It was Hellebuyck’s first shutout of the 2015-16 campaign and snaps a seven game losing streak for the Moose.

Manitoba center Dan Desliva opened up the action in the first period with his second goal in four games since being acquired by the Moose just last week.

A scoreless first period was only a sign of things to come for the Monsters, who will face Manitoba again Saturday night at Quicken Loans Arena.

Monsters’ goalkeeper was peppered with 22 shots on goal, but with the lethargic offensive output Friday night, there was little he could do after The Moose scored their first goal of the evening.

Defenseman Brenden Kichton and Winger Darren Kramer added goals in the second and third periods to bring the score to 3-0. An empty net goal late in the third finished the scoring effort.

Manitoba’s offensive output was magnified by the Monsters’ inefficiency on offense, including going zero for five on the power play..

The Monsters, who snapped a two game win-streak with their shutout loss on Friday night, will try to rebound with a second consecutive home game against the Moose, who occupy last place in the central, tomorrow.

Lake Erie’s stretch of three games in a row will end with a tough match up against the division leading Toronto Marlies.

Lake Erie Monsters Fall at Home to the Moose 4-0
Call it a Monster Hangover? Lake Erie Falls 4-1 to Toronto Marlies