5 Reasons To Watch Toledo vs. Bowling Green and Prediction 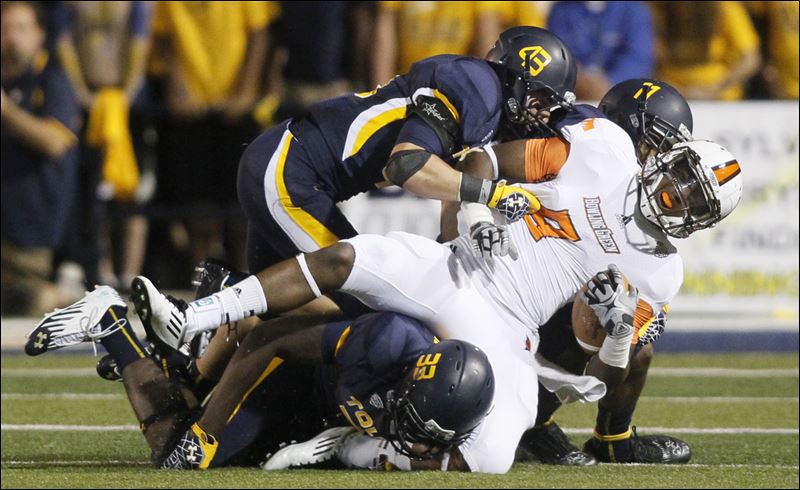 The Battle of I-75 is the big rivalry between Toledo and Bowling Green. Separated by about 20 miles down I-75, these rivals have zero love for each other. Bowling Green leads the overall series 39-36-4 but Toledo has won the last five in a row. Toledo has yet to know what it feels like to lose to Bowling Green and none of the Falcons knows what it’s like to win. You can guarantee that both teams will be fighting hard in this one. It also ranks among the best rivalries in the MAC.

The Rockets strength on offense comes from their spectacular run game. They currently rank 23rd in the country with 216 rushing yards a game. The Rockets are led by Junior Kareem Hunt. After missing the first game with a suspension and battling a hamstring injury for several weeks, Hunt has still managed to post 7 TDs with just over 600 yards on 114 carries for 5.3 YPC. Hunt broke onto the scene last year with 1631 yards and 16 TDs. He will be a day three NFL draft prospect. The Rockets also have Terry Swanson who has broken runs of 90 and 87 this year. Rounding out the depth chart is Damion Jones-Moore and Marc Remy who both also average over 5 YPC.

Buckeyes Roll Behind Defense, Returning Barrett in Champaign
Inside the Lines: Who to Take and Not Take This Weekend in College and Pro Football Action