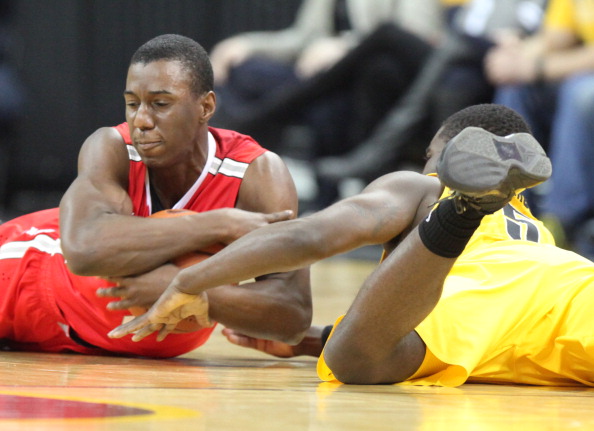 In a season in which no team in college basketball wants to be dominant on a weekly basis, that theory held true again Sunday as the unranked Buckeyes topped number eight Iowa 68-64 in Columbus.

The Buckeyes got 25 from Marc Loving, who also hit a two free throws with less than two seconds to play to seal the win.

The other key play was Bates-Diop blocking Mike Gesell’s layup with under 5 seconds to go, which kept the Buckeyes in the lead.

Ohio State turned it on as they were trailing 62-56 with 4:07 left, and from there started the run that gave them the win.

How does the win translate for the Buckeyes in terms of tournament play? With their second win over a Top 10 team (they also beat number
number four Kentucky), their hopes of getting to the dance stays alive, even slightly.

It’s also the fifth win for Ohio State in their last last six games. Ohio State has another chance to make an impact as they hope to reach the NCAA tourney, as they play Saturday at No. 6 Michigan State.