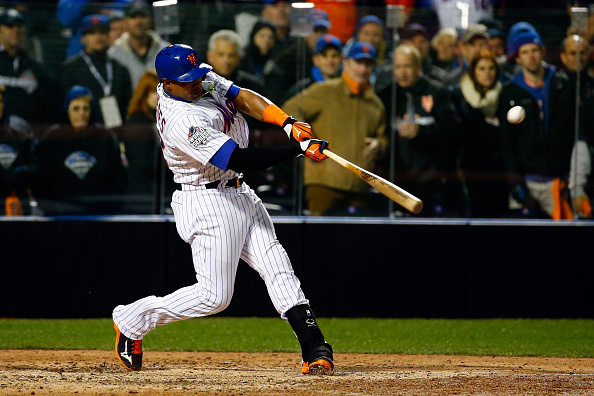 The Indians today added another veteran to the roster, as the team officially came to terms with free agent infielder Juan Uribe to a one-year deal.

The 36-year-old will get a chance to play at third along with Gio Urshela, and the team will hope will provide some power at the plate. Last season he .253 with a .320 on-base percentage, 14 home runs and 43 RBI in 119 games with three teams, the Dodgers, Braves and NL Champion Mets.

He currently ranks 11th among active Major League players in games played (1753) and has ranked in the top 10 in defensive WAR in his respective league three times in his career. His .974 fielding pct. at third base is tops among Major League third basemen since 2011 (min: 400 games played at 3B).

He has appeared in 45 postseason games throughout his career, collecting 5 home runs and 25 RBI in those contests and was an integral member of the 2005 World Series champion Chicago White Sox and 2010 champion SF Giants.

Almonte Suspended 80 Games; What Should the Cleveland Indians Do About Outfield?
Indians Home Opener Against Red Sox Sells Out in 40 Minutes