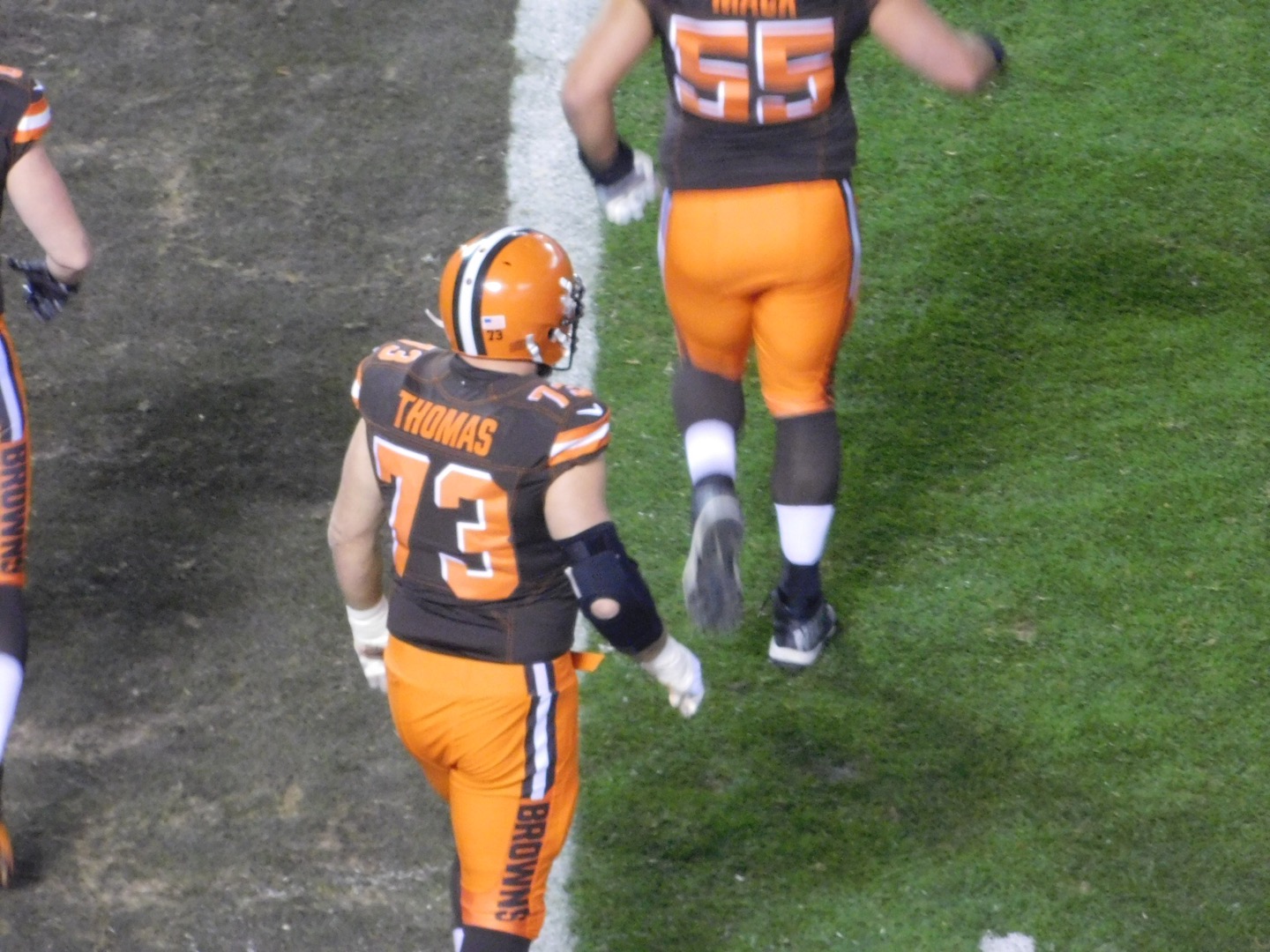 There was a lot of chatter last year about the Browns around the trade deadline looking to trade possibly their best player to Pro Bowl tackle Joe Thomas.

The rumor mill had the Broncos looking to trade for Thomas, but it was rumored that the Browns didn’t want to send a second pick to Denver for their first round pick, which now will be at the bottom of the draft after they won the Super Bowl a week ago.

With a new regime in town, it sounds like Thomas is going to stay put for 2016, as the tackle stated that he is excited about new coach Hue Jackson, and thinks big things are coming for the Browns if they can get a solid quarterback.

NFL.com has the story about Thomas not going anywhere.

After speaking with Sashi Brown, the Browns’ new executive vice president of football operations, and head coach Hue Jackson recently, Thomas is confident, however, that he will remain in Cleveland.

Thomas said Thursday he’s “all-in” with the Browns after Jackson assured him that the Browns’ new regime has no designs on trading the nine-time Pro Bowl selection.

“I don’t think they thought about trading me last year until Denver called,” Thomas added, via Mary Kay Cabot of The Plain Dealer.

Thomas echoed the analysis of Around The NFL’s Conor Orr, who hailed the Browns’ hiring of Jackson as a “huge coup.”

Thomas being on board is a great start to the new look Browns for 2016. Now we will see about his fellow lineman, Alex Mack, and if he also is going to buy in to the new staff and stay in Cleveland also.