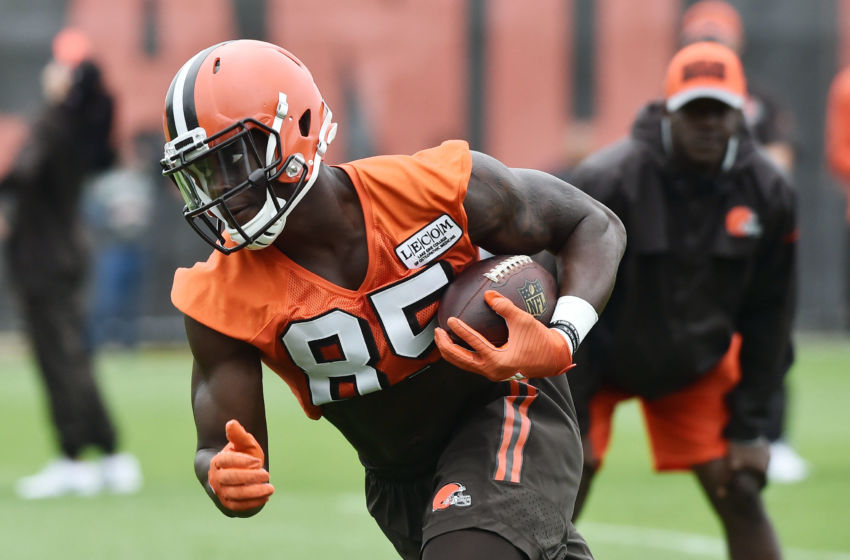 The Cleveland Browns their whole offense from the 2020 season. As a result, don’t expect to see many surprises in training camp. Nevertheless, 3 offensive players are worth keeping an eye on. These are players that could influence sports betting fans’ decisions in the coming season. You can look for the latest Bet365 bonus codes as you plan to wager on games. The three Browns players to keep an eye on are David Njoku, Drew Forbes, and Donovan Peoples-Jones. Out of the three, only Njoku has a real chance of starting this year.

David Njoku managed 639 yards on 56 receptions and four touchdowns in 2018. Unfortunately, that was also the last time Njoku played a full season. In 2019, the injury kept him out for over half a season.

In the past season, Njoku enjoyed a good opening game. Unfortunately, he suffered an injury but managed to come back for the final six matches.

He now has a chance to showcase his talent and develop into the dominant NFL force his team has been waiting for. In 2020, he showed signs of growth last season as he grew into a tremendous blocker. He also became a better pass catcher.

Donovan is an interesting player because he was poorly coached in college at the University of Michigan. As a result, it is challenging to determine the potential he has.

When the Browns selected him in the 2020 NFL Draft, he was physically talented but didn’t know how to maximize it. However, none of this was his responsibility.

Donovan carved out a niche in the passing game and had several great performances. During this time, he managed 16 receptions in 14 games.

His strengths are his intelligence and work ethic. At the moment, he is working hard to ensure he is in an excellent position to build on his role as part of his team’s offense as a rookie. He has developed physically and improved his ability and speed. So, if he continues to improve his technical ability, he will become a force to watch.

Nick Harris could steal all the limelight as he enters his second year, and everyone is eager to see whether he is ready to take the center spot for 2022. Nevertheless, Forbes possesses the attributes of a special player, and this could be his breakthrough season despite still being regarded as a backup.

Forbes opted out of 2020 because of COVID-19 concerns. As a result, Wyatt Teller became the guard for the franchise. But, Forbes was not just sitting there; he was training alone underline coach Bill Callahan. The training helped to get himself in better shape for the 2022 season.

The three elite athletes starting for the Browns on the offensive line are Jack Conklin, Joel Bitonio, and J.C. Tretter. These three have excellent individual athleticism making them very effective in the zone scheme.

Forbes is a little bit less athletic than the other three. However, he is physical, relentless, and an excellent finisher. The training camp will allow Forbes to show what he can do.