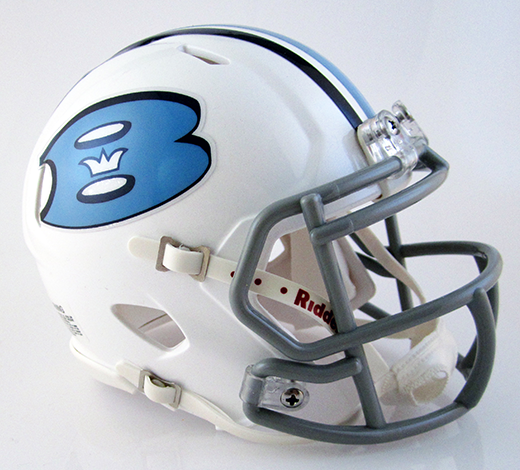 Last year, the Benedictine Bengals struggled to start off the season, losing four of their first five games by a total of 17 points.

Their first eight games were decided by a total of eight points or less, with the Bengals only winning two of them, at Buchtel and at home against NDCL. Benedictine would finish the season at 3-7 overall and 2-4 in the North Coast League Blue Division.

This year, the Bengals are looking to turn things around and get back to the playoffs for the first time since 2015, when they made it all the way to the regional championship game. Head coach Carter Welo is entering his second year at the helm at Benedictine.

“We’re just trying to take it one day at a time and get better. There’s a lot of young guys that are getting a chance to play. I’m excited to see the progress that we’ve hopefully had over this offseason,” said Welo.

“There’s a handful of guys who had a little bit of success last year individually, now we have to figure out how to have more success with wins and losses,” Welo added.

Thoughts on Playing in the North Coast League?

“The NCL is a tough league. Our non-conference schedule is tough,” said Welo. “We know every week that we’re gonna go in with a battle on our hands. Whether it’s a team we’ve never played, a team we’ve played once every couple of years, or a team we’ve played the last 20 years. It’s a grind of a schedule but like we did in years past, we just have to take it one game a time. It’s a great league.”

The Bengals’ schedule is the same as last year, with key matchups against Cleveland Heights on September 8th, at Notre Dame Cathedral Latin on September 29th, and the regular season finale against defending state champion Archbishop Hoban, (which moved up from Division III to Division II) on October 28th.