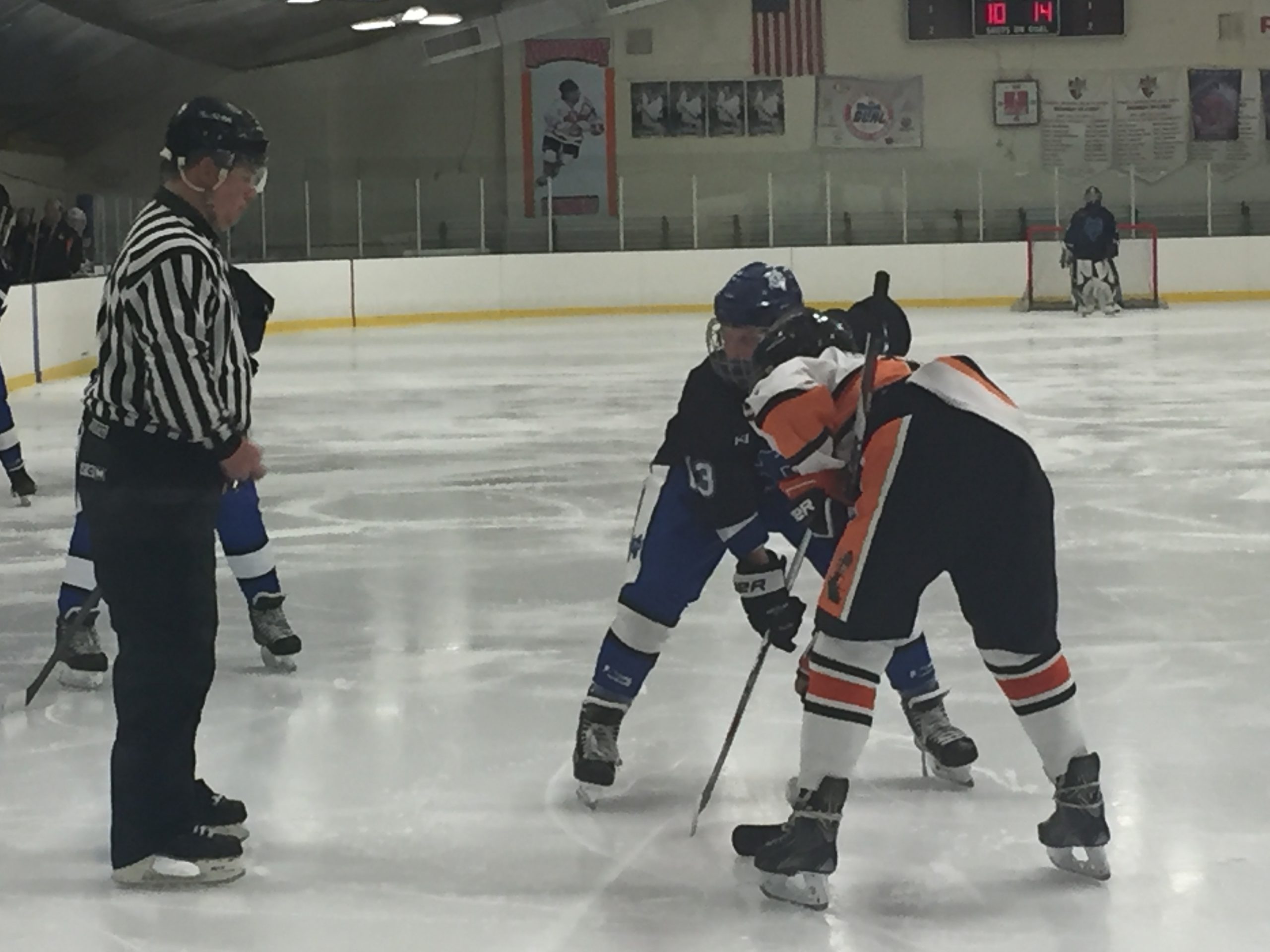 PARMA, OHIO – The Royals of Cuyahoga Valley Christian Academy skated into Parma on a three-game win streak, and after putting up a 4-0 lead on Normandy early in the third period, did enough to hold off a furious Invaders comeback for a 4-3 win to improve to 9-13-1 on the year, 4-4-1 in Blue North action in the GCHSHL.

The Royals were led by sophomore forward Christian Beckett, who put in two goals in the one-goal win. Senior defender Noah Polanski added a goal and a pair of assists in the victory.

Goalie Brooks Montgomery was tested quite a bit in the final period which saw Normandy outscore CVCA 3-1 to draw close, but on the night was solid as he turned away 24 of 27 Invaders shots.

It was too little, too late for Normandy, as they made it tough on themselves falling behind by four goals after CVCA forward Tim Foster found the back of the net just 16 seconds into the third period.

The Invaders fall to 12-11-0 on the season, and 4-4 in league play. Goalie Alexis Ryan took the loss despite stopping 32 of 36 Royals shots.

The game was scoreless after one quick played first period which saw no penalties called on either team.

CVCA got on the board in the second at the 3:10 mark as off a faceoff Beckett scored his first goal of the night to make it 1-0.

After a tripping call was given to Normandy’s Anthony Hocevar, the Royals scored again 14 seconds into the power play as Polanski put in a shot that appeared to hit the post, making it 2-0.

The Invaders had two golden chances to get back into the game in the second, as they had two penalties back to back, but the Royals penalty kill unit dominated both kills, allowing just one shot in the power plays for Normandy.

CVCA extended the lead to 3-0 in the final minute of the second period as off a faceoff Beckett got one past Ryan to give the Royals the three-goal edge entering the final 15 minutes.

After the Royals went up 4-0 just 16 seconds into the third, things looked bleak for the Invaders, as they mounted a comeback to make it a competitive game down the stretch.

Freshman Lukas George got Normandy on the board at 13:15 to make it a 4-1 game, and then at the 10:47 mark Alex Franke scored his first goal of the night with Kyle Ryan on the assist to make it 4-2.

It stayed that way till the 2:24 mark, when Franke again scored making it a one-goal game with time still remaining.

The Invaders though were hit in the last minute with a too many players on the ice penalty, and the Royals were able to run out the clock to secure the hard fought win.

The solid back and forth affair was a good primer for two teams looking to make noise in February’s Baron Cup action in Brooklyn starting on February 6th.

Click Page 2 to See More Pictures From the Matchup between CVCA and Normandy!